“Born to compete”. The motto summarizes well the spirit of The Myths Brazil Team (TMB), a project of Universidade Federal Fluminense and the Mechanical Engineering Tutorial Education Program (PET MEC) that brings together a group of students from different university courses. They recently returned from the United States, where they participated in NASA’s Human Exploration Rover Challenge, a competition held at the Space Rocket Center in Huntsville, Alabama.

The American Space Agency encourages, with this competition, the emergence of a new generation of young scientists who wants to explore space. Though the students from UFF who teamed up aimed to expand knowledge, exchange new experiences, and become differentiated professionals in the Brazilian and global job market.

The event encourages young people from around the globe to develop a vehicle powered by a human force that can move on the surface of another planet; that is, the invention will enable participating groups to explore the cosmos by cycling nonstop. In this sense, the members of The Myths Brazil Team gathered, created, built, and tested new technologies capable of meeting the challenges of interplanetary environments, which resulted in the construction of a rover, a pedal tricycle driven by two “cosmonauts”.

According to mechanical engineering student Victor Sassi, 24, there were 110 teams enrolled, bringing together students from around the world. Only the Brazilian and 38 others finished the race, whose track offered 18 obstacles similar to the lunar and Martian soils. “The route itself is a big challenge. Our score was higher than last year’s when we also faced many difficulties and surpassed only one obstacle. This year we did more than half of the test,” celebrated the student.

It is a place where we have the possibility to see creative ideas being developed and with applications in the real world.

“One of the big reasons that led us to compete was the price of our Rover: only USD 1,000, while the other teams cost around USD 7,000. However, the biggest difficulty was the plane ticket price, around BRL 27,500 to take the whole team to the United States,” said Sassi.

Awarded in 2018 with the Neil Armstrong Best Design Award for best design taking manufacturing, cost, and functionality into account, TMB was the first team from a Brazilian university to attend the event. Besides, the group is guided by the first female director of UFF School of Engineering, Professor Fabiana Leta, and has the support of professors Márcio Cataldi, from the Environmental Engineering Department, and Luiza Rebelo, from the Industrial Design Department. 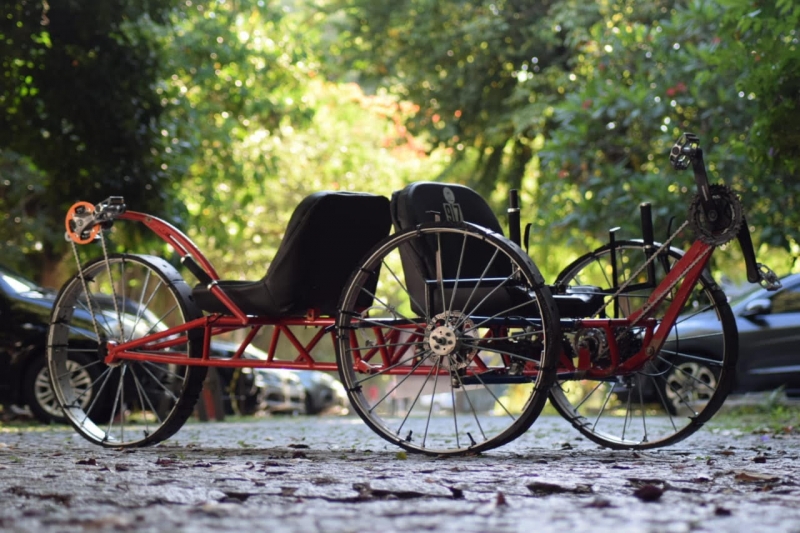 Even more interesting, according to Sassi, is that the TMB team this year invested in innovation. The wheel, for example, was totally made of carbon fiber, and for the first time, the Institute used the vacuum lamination method. “This stage of the work was outsourced. We got sponsorship from a private company after knocking on doors for resources. Other parts were made by us at the Mechanical Technology Laboratory,” he recalled.

The next step is to return to the drawing board, rethink what went wrong, open a selection process to redo the team, and return to work on the next competition in 2020. The selection will be open to all UFF students, regardless of course or from previous experience. “The important thing is to engage and participate,” said the student.

By participating in the IV Niterói’s Fair of Science, Technology and Innovation, promoted in October 2017, by the Municipal Secretariat of Education, Science and Technology and the Municipal Education Foundation, the group learned of the NASA competition and the proposal to create a space exploration vehicle on foot. For this, they received financial support from some sponsors: the UFF School of Engineering, the Gay-Lussac Institute, and the Brazilian Space Agency (AEB).

Sassi also highlighted that the competition provided them with the opportunity to apply what was studied in the classroom, turning theory into practice. Also, the international event is a precious space in which students interested in aerospace can receive guidance and interact with the rare professionals working in the area. “It is a place where we have the possibility to see creative ideas being developed and with applications in the real world, such as solar panels made of açaí and vehicles that can reduce the space they occupy,” he said.