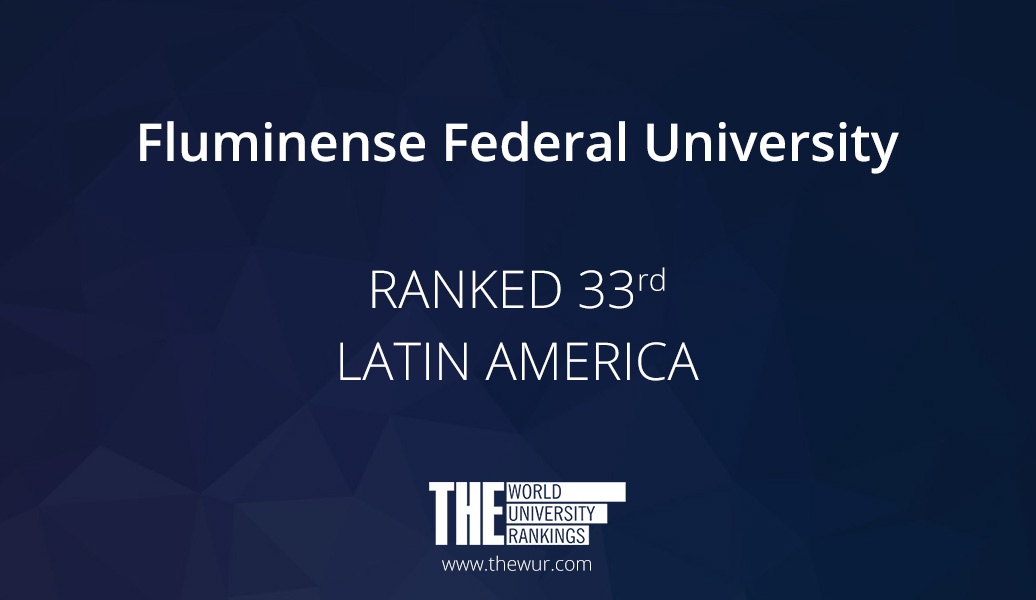 The UFF community has reasons to celebrate: this Tuesday was released the university ranking of Times Higher Education (THE) and the UFF rose 12 positions amongst the best Latin-American institutions. The year before, the university was in 45th place and, this year, we reached the 33rd position in Latin America and the 19th in Brazil.

The university performance, according to THE, was rated through the following indicators: learning environment, volume, researches’ income, and reputation, research influence, international perspective, and industry income (knowledge transfer).

“This is the result of a collective work that evolves the whole UFF community. The position reinforces the university’s excellence on several fronts, teaching, research, and outreach. And shows that we’re advancing even in moments of serious crisis”, highlights the president Antonio Claudio da Nóbrega.

According to him, in those last months, the university has improved its management model based on evidence, with a team of skilled professionals who works, among other activities, to make those rankings reflect better who we truly are and the real social impact of our university. “It is important to point out the quality of our teaching and researches. Today, for example, many academic unities that work with the teaching methodology called ‘Learn Doing’, innovative method and recent at the federal universities in Brazil, that brings to the student the possibility to develop its skills practically. Many times, the rankings cannot reflect who we really are and we have much more to show”, emphasizes.

Since 2018 Brazil continues being the country with the biggest representation at the ranking, conquering more than a third of the positions and counting with six of the top ten universities. Actually, the country counts with 52 teaching institutions evaluated, nine more than the previous year. Chile continues being the second country with more representation, with 30 institutions between the 150 in Latin America.

According to the Education Economics professor and academic cooperation coordinator of the International Cooperation Office, Fabio Waltenberg, THE ranking has a great advantage related to the other world rankings, because compares universities that works in similar contexts, suited to similar challenges, and with the same research, teaching and outreach goals.