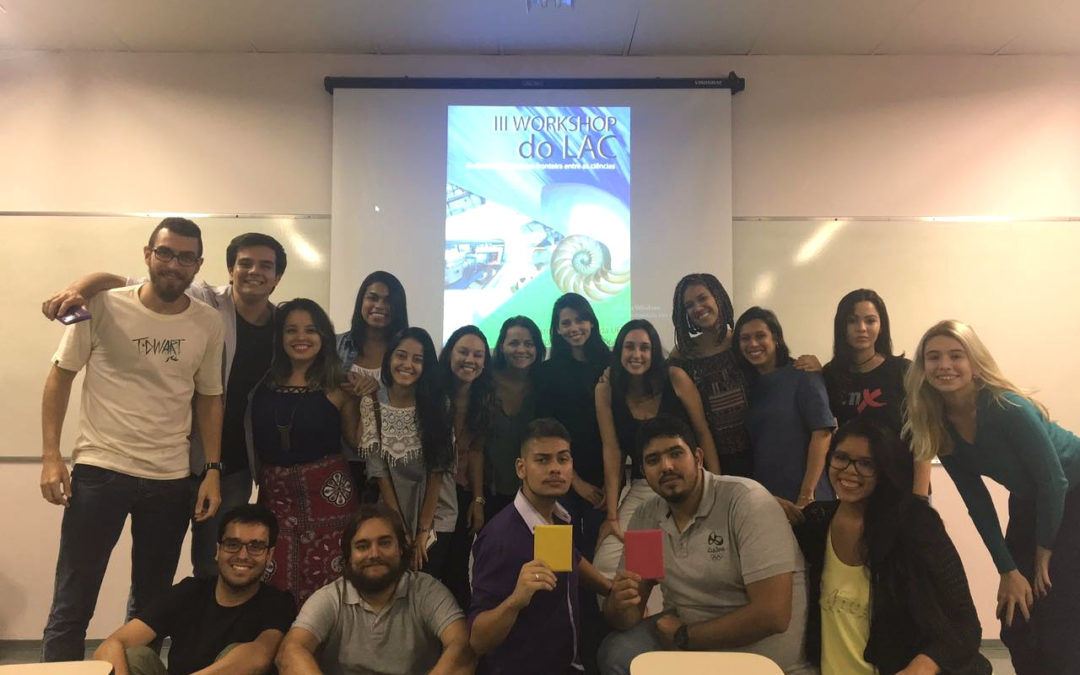 Between July 29 and August 2, UFF will host the 1st Latin American Radiocarbon Conference. The event, held in Niterói, represents an important stage in the recognition of research on radioactivity in Latin America — a region that had its first laboratory specialized in Carbon 14 dating with particle accelerator at the university’s Institute of Physics. Such equipment makes it possible to date the radioactive element, a process that determines the age of certain archaeological materials of a biological origin up to 50 thousand years old.

As a reference in Latin America, is essential for the Radiocarbon Laboratory (LAC) to participate in international conferences that emphasize the recognition and vitality of the project. The choice of Niterói as the host city for the I Latin American Radiocarbon Conference is an important step, with the participation of researchers from countries such as Australia, England, the United States, and Mexico — the latter being one of the only countries, together with Brazil, to have a mass spectrometer with a particle accelerator in Latin American territory. For Brazilian students who are unable to attend the Nuclear Physics meetings that take place in other parts of the world, it will be an excellent opportunity to interact with the scientific community.

The PhD in Physics and member of the team that coordinates the laboratory, Fabiana Monteiro, used LAC resources during her doctorate to analyze the Torah scrolls, a sacred text of Judaism and, until then, part of the collection of the National Museum — reached by a major fire in September 2018. “We have several works carried out that used samples from the Museum, with archaeologists and researchers from different lines of research. We have a very close relationship with researchers from the National Museum,” she states.

With the irreparable loss of much of the Museum’s historical material, the analyzes carried out by the Radiocarbon Laboratory symbolize the cultural preservation of the destroyed items. According to Carla Carvalho, professor at the Geochemistry Department at UFF and a member of the LAC team, “in the area of archeology, we were able to date an archaeological site that no longer exists. This is a way of preserving the memory based on what we have already produced.”

The LAC was founded in 2009 by Professor Kita Macario, from the Department of Physics, out of the urgency of implementing the technique of mass spectrometry with accelerators, known as AMS, in Latin American territory. This technique facilitates the identification of molecules by measuring their chemical structure. For the researcher, “scientists from all over the world sent us samples of materials, but there were no researchers able to make a more adequate analysis. Therefore, the proposal was to set up a sample preparation laboratory, since it is a very expensive and laborious process, [and] it requires a lot of knowledge.” In 2012, with the support of the Financiadora de Projetos e Estudos (Finep), LAC acquired a small particle accelerator, which remains attached to the Radiocarbon Laboratory.

We always make a point of showing LAC to society; if we use the resources of a public institution, we believe that we owe satisfaction to the community.

According to Carla, the key element of the laboratory, known as Carbon 14, is produced in the upper layers of the Earth’s atmosphere from the interaction of radiation from space together with another element easily found in the atmospheric layer, the Nitrogen 14. This, in turn, interacts with oxygen molecules, resulting in carbon dioxide. Even though Carbon 14 is a radioactive element, it goes through natural processes and is consumed by living beings. With the death of organisms, the exchange of carbon with the environment ceases, and the Carbon 14 that has already been assimilated begins to decline with time.

Due to the low radioactivity of this element, large samples are needed for the analysis of Carbon 14 – whose decay can determine the age of the material in question. Unlike other methods of analysis (such as radiometric analysis), the particle accelerator examines the number of radioactive atoms remaining in the material, achieving the result with a smaller size and time. “There are situations where the research needs to be carried out with samples of rare objects to be found and the advantage of AMS is precisely to carry out the study in small samples, different from the radiometric analysis,” explains the researcher.

One of the projects developed by the laboratory is related to renewable materials. “In Rio de Janeiro, there is a demand for plastic bags that have the seal of renewable material, and AMS is the only one capable of carrying out the required analysis. Any company that produces a bag needs a quality seal that only we can provide. It is a type of application of our work that people do not even imagine,” emphasizes Kita. The technique used, which consists in the identification of fossil fuels, is also used in the evaluation of oil contamination.

The search for new application methodologies in projects is a constant demand from the Radiocarbon Laboratory team; however, there is a need for an improvement in the infrastructure for the maintenance of the devices. “We miss some stability in the electrical network, for example, which is necessary due to the amount of equipment we have, to support them, so that they are not damaged by the variations in energy”, warns Carla.

The source of income that enables the performance of LAC comes from individual projects or allied to industries, in addition to external collaborations. Subsequently, a fraction of the profit from these analyzes is passed on to the university. For Professor Kita, “while we have the possibility to keep the particle accelerator working, we produce research and bring financial returns to the institution”.

Even receiving visitors from both academics and the external community, LAC is still little known. With this in mind, the laboratory team makes visits to schools, such as Colégio Pedro II. “We always make a point of showing LAC to society; if we use resources from a public institution, we believe that we owe the community satisfaction,” emphasizes Kita.

The experience provided by the Radiocarbon Laboratory changed the view of students who had the opportunity to participate in projects carried out in this environment. The interdisciplinary and collaborative nature of the research groups surprised Eduardo Queiroz, a PhD student in Physics and part of the LAC team: “Before entering university, I imagined research groups working individually on their respective themes. As part of the laboratory, I understood that these boundaries are actually very fluid and that it was possible to study, for example, biological phenomena in a physics laboratory.” 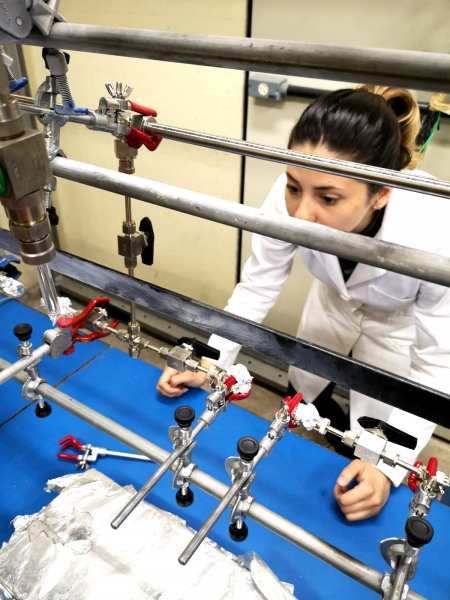 “In the classroom, we see in the eyes of the students, when teaching a content, that they are learning to have another view of a phenomenon. It is essential to contextualize science in society both in class and for the external community,” explains Kita. The entire laboratory team has, as one of the main demands, to intensify the projects built and reformulate the knowledge both of those who are inserted in the academic area and of those who belong to the external community. “Our lives are divided into teaching, research, and outreach. Every day we have students to teach, people to help, and many of them are from underprivileged groups. I think it is good to be clear how much we really do, despite all the difficulties. We don’t do little,” she concludes.