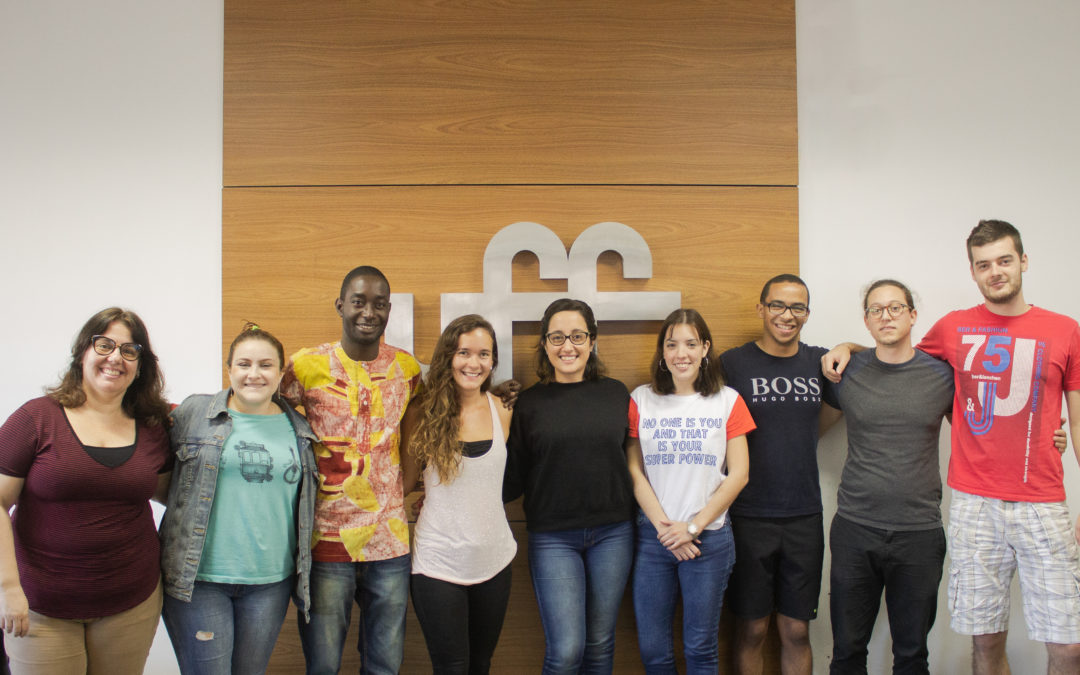 Between July 29 and August 9, UFF, through the International Cooperation Office, brought together students from seven different countries in the first edition of Brazil: Life and Culture, a vacation course offered to its foreign students and which has as main objective to teach not only the teaching of the Brazilian language but also to promote national culture, in its most different aspects. 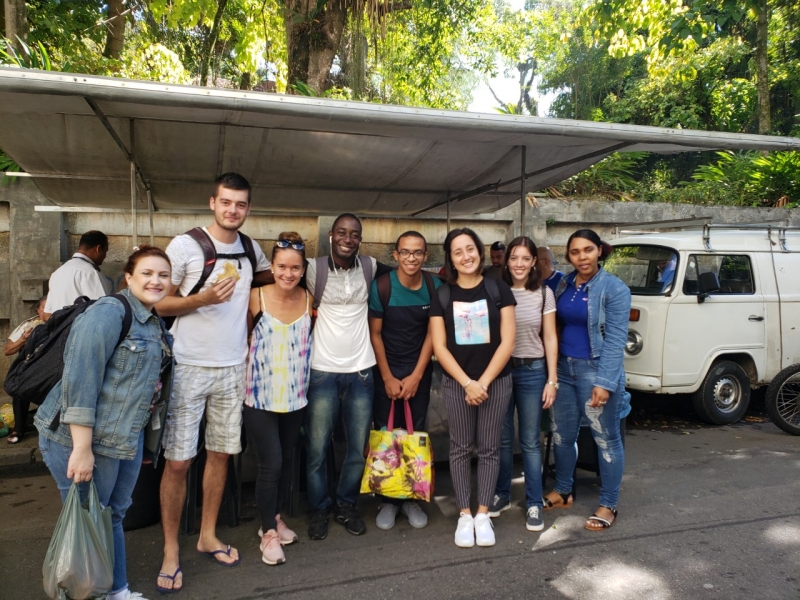 Over the two weeks, exchange students from seven countries: Slovakia, Czech Republic, Dominican Republic, Benin, Argentina (2), Morocco, and Germany, took part in an intensive Portuguese for Foreigners course, in addition to classes on Economy, Culture, Architecture, Music, Geography, practical football, forró, and Brazilian cuisine classes. At the end of each week, there were also guided tours of the tourist spots in the cities of Niterói and Rio de Janeiro.

“The importance of this initiative is to strengthen the partnerships that we have already formalized with hundreds of academic institutions around the world. Receiving foreign students at our institution is part of our internationalization plan, which is why ICO intends to offer this course annually,” emphasizes Livia Reis, Vice-President of International Relations.

The master’s student in Architecture and a member of the vacation course, Juliana Del Castillo, arrived four months ago in Brazil and was very interested in the country’s culture. Born in northern Argentina, the exchange student highlighted the content that most interested her during classes. “The course helped me a lot to understand the history of Brazil, culture in general such as music and literature. I also really liked the dance class, it is very different from the one I had contact with within my country,” she highlights.

In addition, the great diversity of students participating in the vacation course also surprised Juliana. “I was not used to having contact with people from so many different countries. Where I live, from foreigners, I only know people from Bolivia or from the provinces around the city, but here I was able to meet students from far away, such as the Czech Republic and Morocco. “As for the other member of the class and also a Master’s student in Architecture, Ray Fleury, “taking classes with students of other nationalities is not very different, it’s just a matter of getting to know other cultures”, he guaranteed. The exchange student believes that Brazil is very similar to his country of origin, the Republic of Benin, on the African continent, and for that reason, he had a special interest in the content presented in the Brazilian history class. 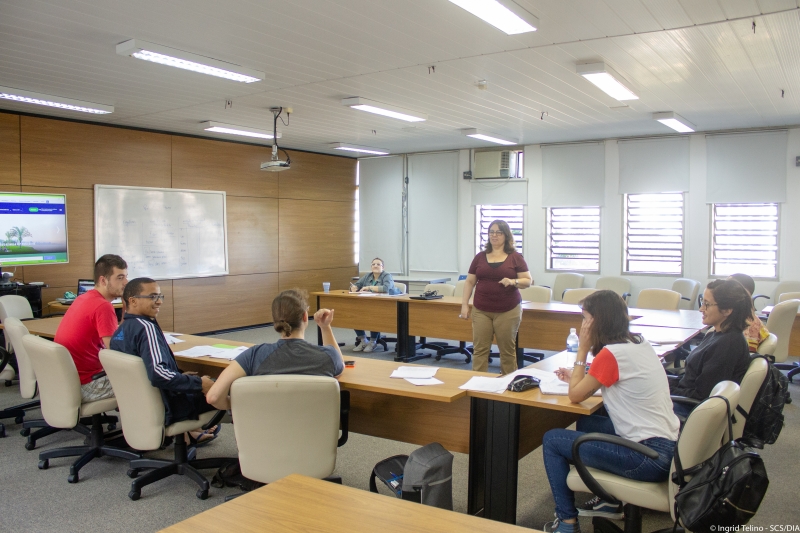 The Portuguese teacher at the UFF Institute of Letters, Adriana Rebello, was responsible for the daily Portuguese language classes offered to participants. The teacher, who has 25 years of experience with students from other nations, paid attention to the importance of understanding the local language for their interaction in the country. “When the foreign student comes to Brazil, we categorize it as an immersion language study. In addition to using the language in the academic community, he must also interact with the community outside the university. So, it is essential to study the language to be able to do the jobs and also survive in the city,” she explains.

Thus, with a focus on welcoming these students, Brazil: Life and Culture offers participants much more than notions of the Portuguese language. For Adriana, the various teachings about national history and culture help exchange students to build a more complete view of the country. “It is important that they understand the country as a whole. So, the fact that they become familiar with the language and everything that involves it is fundamental for them to understand how things work here, the Brazilian’s mind, in addition to having a more global view of our culture.”

Vice-President Livia Reis also stresses that UFF’s intention is to make internationalization an essential part of its educational system and for that, mobility flows are paramount. “Students and teachers who have a period of mobility in other countries become more aware of the importance of this process. The experiences acquired overflow to their colleagues when they return to their home institution. They bring with them experiences, knowledge, ideas, examples of best practices, which enrich classrooms, laboratories, as well as other departments of the university.” Therefore, she concludes by stating that “receiving foreigners is internationalizing at home.”