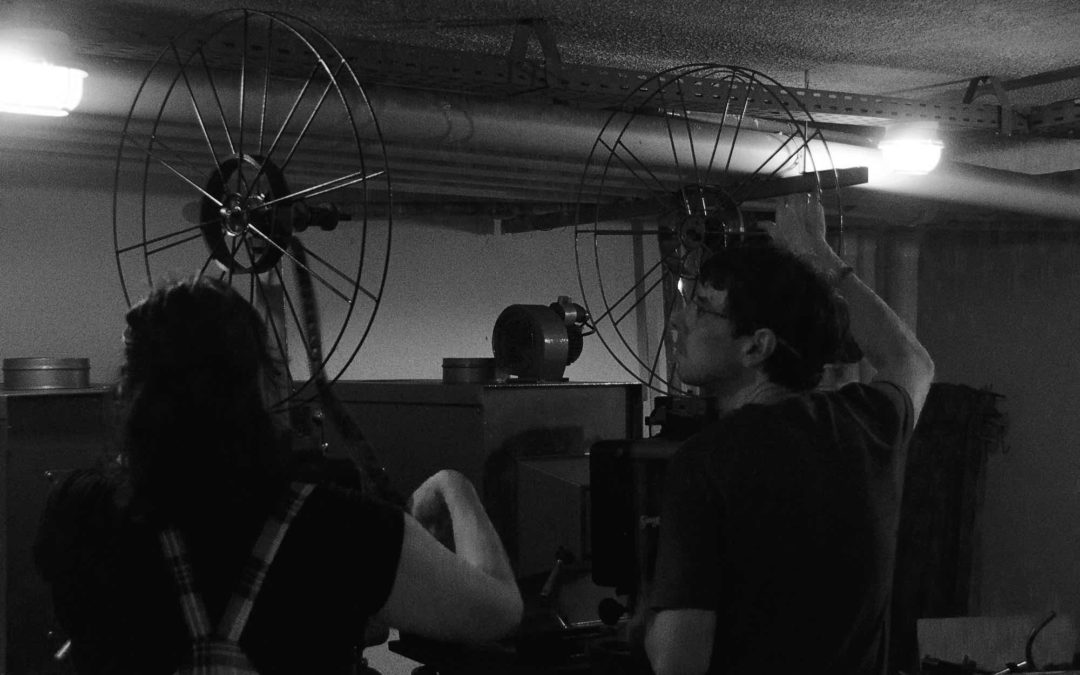 The project Niterói: Cidade do Audiovisual, a partnership between the city of Niterói, the Municipal Secretary of Culture, and the National Film Agency (Ancine) represents a promising investment for the region’s film industry, whose main ally is the University Federal Fluminense. The UFF Cinema course was the second to be created in Brazil, with more than 50 years of existence. The institution’s historical research and film preservation character won, for 2019, the holding of the 4th BRICS Film Festival, which will have Niterói as the host city in its first Brazilian edition, between September 23 and October 9.

The event aims to bring together cinema activities by members of the BRICS group — Brazil, Russia, India, China, and South Africa —, with editions interspersed among its members. The last edition was held in South Africa, consisting of the exhibition of two feature films from each country in the competitive category and three feature films in the non-competitive category. 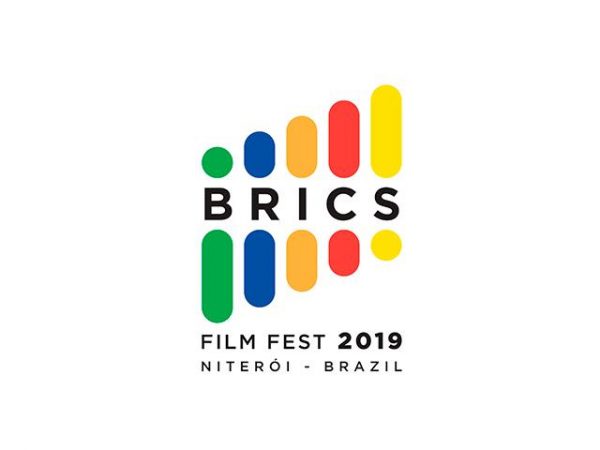 Douglas Resende, professor at the UFF Film and Video Department and one of the festival’s organizers, stresses the importance of promoting the visibility of the audiovisual sector in the countries involved: “this vast territory that spans five countries and four continents is connected by the global economy and the macro-policies of nation-states. A film festival in this context creates the possibility of establishing other connections, based on cultural plurality, singularities, micropolitics – which, in general, globalization tends to erase.”

The teachers involved in the organization guarantee a pedagogical aspect to the activities mainly focused on the training of students. “The artistic residency and Mostra Filmes de Escola, coordinated by professors Douglas Resende and Cezar Migliorin and by graduates Mariana Siqueira and Rachel Aranha, are two of the most intense fronts in the sense of thinking about cinema as a collective experience, producing encounters and new subjectivities,” says the researcher. The program proposes intense participation of university students from UFF, and also from other educational institutions spread across the BRICS countries, such as the University of Calcutta, the University of Cape Town, and the National Academy of Chinese Arts.

The UFF’s Film and Video Department stands out for its experience in the field of audiovisual preservation, a particular feature evidenced in the creation of the University Laboratory for Audiovisual Preservation (LUPA), in 2017. Its activities are also directed towards the promotion of Fluminense¹ amateur cinema, which houses both the production of films from the course itself and several types of amateur films made in the State of Rio de Janeiro.

LUPA appeared as an idea in the department in 2014 when the new building of the Institute of Arts and Social Communication was under construction and the installation of an audiovisual preservation laboratory was planned. Opened in 2017, it conquered its physical space just a year later, in the room 13D on campus. The work carried out in this environment consists of restoring old equipment such as the Super 8, a cinematographic format configured and launched by the Kodak company in the 1960s. The laboratory has editing and projection equipment for the inspection and cleaning of materials, in addition to a table reel for film review in 16 and 35mm gauges.

Thinking about the audiovisual memory in conjunction with amateur production is one of LUPA’s strengths, which explains the various requests for partnerships, joint projects, and consultancies. “In 2018, our first major project was to organize, for the first time in Brazil, the Audiovisual Preservation Exchange (APEx), an exchange program for the Master in Audiovisual Preservation at New York University. Students and teachers came from the United States and spent two weeks in Niterói and Rio de Janeiro working together with local institutions and participating in workshops, lectures, and debates,” explains Rafael de Luna, professor at UFF and coordinator of the laboratory. Facing the project Niterói: Cidade do Audiovisual, a partnership was established with the city’s Culture Department, which goes through an agreement for the development of the Fluminense Audiovisual Memory project, aimed at preserving the amateur cinema in Niterói.

Our intention is that future audiovisual directors from the university do not make the same mistakes that many filmmakers, producers and managers have made in the past, with terrible consequences for the Brazilian audiovisual memory.

The laboratory gained prominence by showing a part of its collection, already digitized, of amateur films with images from Rio de Janeiro and Teresópolis in the 1930s and 1940s, at the I Study Day in the History of Brazilian Cinema, held in 2017. Consequently, participated in several events and in the organization of exhibitions and lectures. “I highlight the ‘I Day of Homemade Film at UFF’, in 2018, which consisted of an invitation to anyone to bring old films they had at home in order to be evaluated and eventually projected on our equipment,” reports Rafael. “The event was a success and we will repeat it this year, perhaps with an edition also in Maricá, since the Department of Culture of that municipality expressed interest.”

The undergraduate student at UFF and part of the LUPA team, Laura Batitucci, points out that the space is essential for the community outside the university, due to the service of guarding amateur films and later showing them. “The J. Nunes collection, which has a collection on Carnival in Rio de Janeiro, is an interesting case of using our films. After taking the discipline of Preservation, Memory and Collection Policies, one of the students who worked with this material decided to use one of its excerpts when being called to create a music clip for the band Gragoatá,” she explains. 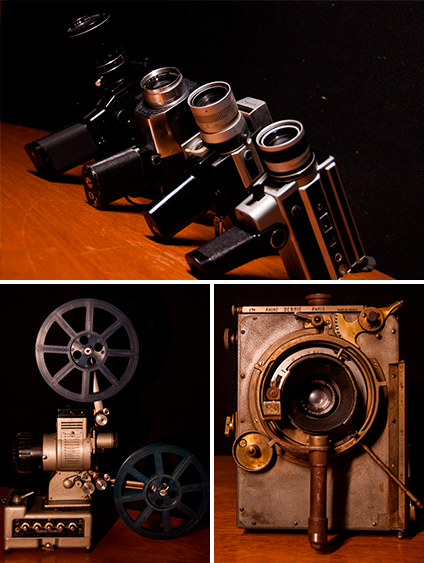 The student’s experience in the project changed her perception of the study area offered by the laboratory. Laura then enrolled in the discipline of the area, and thus came into contact with the universe of audiovisual preservation, historical equipment (cameras, projectors, among others), and the challenges related to these issues in Brazil and in the world.

Despite the prominence obtained, the LUPA members’ workspace presents demands. “Our most ambitious project is the purchase of a scanner for films, that is, equipment for professional digitization of archival films in narrow gauges, the most common for amateur films,” says Rafael. The tool is specially developed for movie files, as it is intended for those already damaged or damaged, which need different treatment. “It will be the first of its kind at a Brazilian university and will give us the possibility to digitize — and consequently give access — a vast number of collections now housed in different institutions that are unable to afford an expensive and complex process done in commercial laboratories,” explains.

The dedication of teachers in the field of audiovisual preservation helps UFF film graduates to consider this area as a professional option with the possibility of working in television networks, production companies, or audiovisual archives. For Rafael, “a fundamental lesson is that preserving is always easier and cheaper than restoring. Our intention is that future audiovisual directors coming out of the university do not make the same mistakes that many filmmakers, producers, and managers have made in the past, with terrible consequences for the Brazilian audiovisual memory.”

LUPA is directly involved in some activities of the 4th BRICS Film Festival, such as the BRICS Audiovisual Preservation Meeting, a topic that will be discussed at the event for the first time. “It is a great challenge for the Cinema and Video Department, which is responsible for its organization, but which will certainly bring great results”, explains the laboratory coordinator. Student Laura also has high expectations: “the exhibition of LUPA equipment, a project in which I am directly involved, is one of the activities that arouse my greatest curiosity. The equipment is being restored and will certainly attract a lot of attention at the festival.”

The event’s program includes the student residence, courses in Russian and Soviet, Chinese, Indian, and South African cinema history; forums, exhibitions, and meetings. Between October 3 and 9, Cine Arte UFF will exhibit a free animation show aimed at students from the municipal basic education network, using historical audiovisual equipment and objects to tell the story of cinema. In addition, there will be the Classics Exhibition, open to the general public and with free sessions. The official opening of the shows and exhibition at the UFF Arts Center will take place on the night of October 2nd. The film sessions from the five countries are scheduled between October 3 and 9, at CineArte UFF and Reserva Cultural. The Closing Ceremony and Prize for the winners of the Contemporary Exhibition are scheduled for October 9, at 8:00 pm.