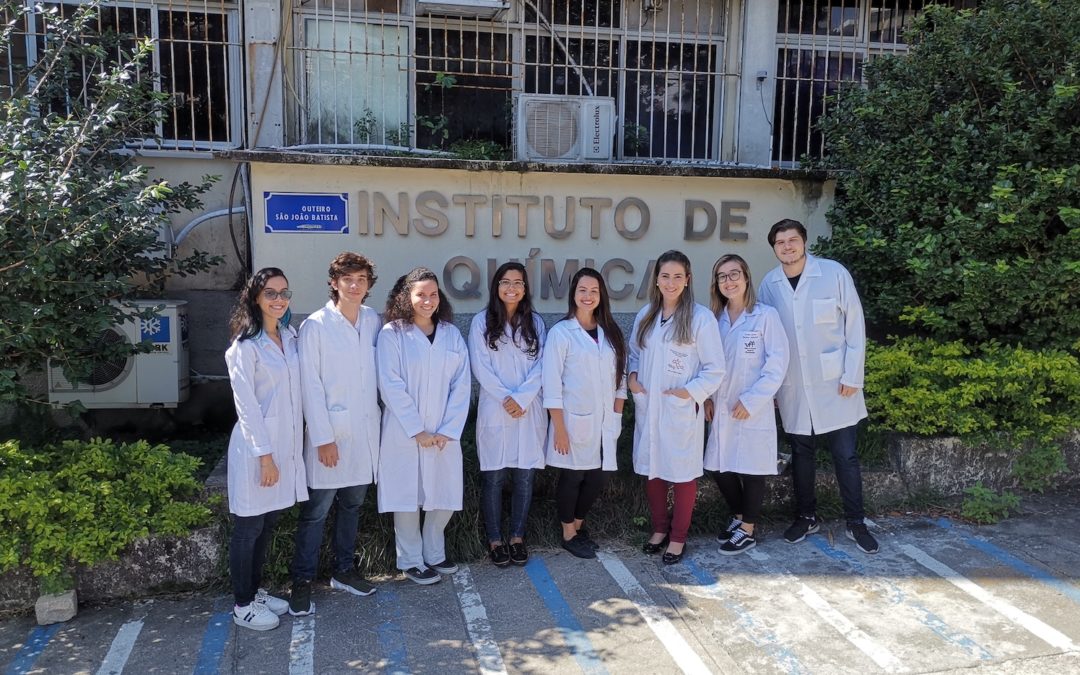 The 2018 World Tuberculosis Report released by the World Health Organization (WHO) identified few potential treatment alternatives for antibiotic-resistant infections, one of which is the so-called multidrug-resistant tuberculosis (MDR-TB), which kills more than one million people. Most of the drugs produced for the treatment of tuberculosis that is in the development stage are modifications of existing antibiotics, so they are merely short-term solutions.

Focused on this reality, the team of students coordinated by Professor Vanessa do Nascimento, from SupraSelen Laboratory, located at the Chemistry Institute of Universidade Federal Fluminense, joined efforts with two other professors from the Department of Organic Chemistry, Marcela Cristina de Moraes and Fernando de Carvalho da Silva; and one from the Department of Pharmaceutical Technology, Vitor Francisco Ferreira, for the development of research that tested molecules derived from vitamin K containing selenium – a mineral that among its main benefits fights cellular aging – to verify its activity against tuberculosis. The study carried out since 2016 proved the efficiency of the material tested in combating the disease. 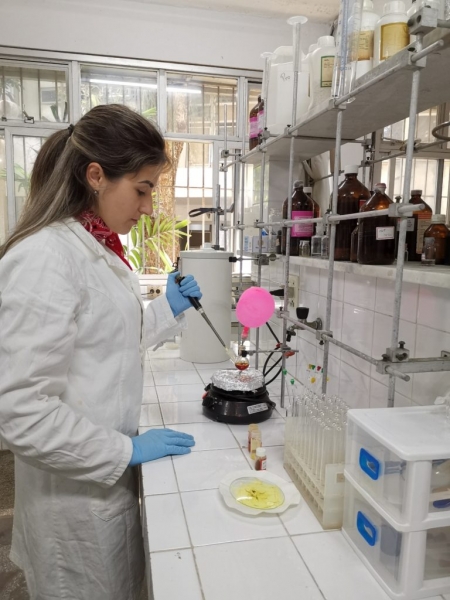 According to the creator of SupraSelen and professor at the Department of Organic Chemistry, Vanessa do Nascimento, the work holds a promise of further progress in the discovery of new antibiotics against drug-resistant diseases that are offered by the pharmaceutical industry today. “At the moment, we are finalizing the toxicity tests. The research is very promising; therefore, we hope it will have a high impact not only for the scientific community but also for society in general,” she points out.

One of the lines of research developed in the award-winning research has a unique and unprecedented character for Brazilian science: supramolecular chemistry. According to the professor, this strand aims to study the basic characteristics of the interactions that occur in cases when the support for living organisms, known as substrate, binds to a protein that dynamizes chemical reactions (called enzymes); and in cases when a drug adheres to its target or when signals are propagated between cells. Supramolecular chemistry can also be implemented in more complex systems, as well as assist in the development of molecular sensors, nanomaterials (innovative chemicals up to 10,000 times smaller than the diameter of a human hair), and also collaborate in the encapsulation of drugs.

To attract students at the beginning, since it was a laboratory that was just beginning, we worked from the enchantment: I tried to pass on to them what I see from science and encouraged them to wear the shirt and fight with me.

The study, called “Design and synthesis of selenium-containing naphthoquinone derivatives as antitubercular leads against clinical multidrug resistant isolates of Mycobacterium tuberculosis” was presented at the 8th Workshop on the International Scientific Network Selenium Sulfur and Redox Catalysis (WSeS-8), which took place in June this year in Italy, an event that brought together hundreds of scientists from more than 40 different educational institutions around the world, such as the University of Copenhagen and the University of Montevideo. On the occasion, the professor received the PeerJ Award, and as a result of the award, Vanessa do Nascimento was granted a space for free publication in the English scientific magazine PeerJ Life & Environment, in addition to granting an interview for the online version about the work developed by her at the SupraSelen Laboratory.

Known as the “evil of the century” that plagued the world in the 19th century, tuberculosis is seen as a disease of the past. However, in 2017 alone, it caused 1.3 billion deaths worldwide, according to the WHO. Caused by the bacterium Mycobacterium tuberculosis, the disease usually reaches the lungs — it can also affect other parts of the body. However, despite the high number of infected people, one of the biggest obstacles in relation to treatment comes from the resistance of bacteria to drugs supplied by the pharmaceutical market.

Based on this emergency finding, researcher Vanessa created the SupraSelen Laboratory in 2016, which specialized in obtaining selenium molecules, which can later be used in the composition of antioxidants and anti-inflammatories, for example.

Selenium studies guide the team in creating new products for the treatment of tuberculosis and other neglected diseases. “We synthesize molecules that facilitate processes already used by the pharmaceutical industry, making medicines cheaper or better manufactured,” explains the researcher. “We make compounds that can become drugs, a type of molecule that facilitates the production of those that already exist or enhance their activity in the human body; we also managed to minimize side effects caused by drugs,” she says.

Sharing the physical space of the laboratory with professors Sérgio Pinheiro, Carlos Magno Rocha Ribeiro, and Florence Moellman, each working with his students individually, Vanessa found challenges in the creation and subsequent continuation of SupraSelen. The capital fund for the maintenance of the laboratory came from the UFF Research Support Program (FOPESQ) and from the Chemistry Graduate Program to teachers. According to her, “to attract students at the beginning, since it was a laboratory that was just beginning, we worked from the enchantment: I tried to pass on to them what I see from science and encouraged them to join me and fight with me. Currently, the UFF professor guides a master’s student, two on a doctorate and four with scientific initiation, in addition to co-supervising a doctoral student.

Doctoral student and SupraSelen’s researcher, Ingrid Cavalcanti, reports that this achievement brought hope for the work performed with few resources. “We dream big and we manage by leaps and bounds. We have to be very focused. Everything we produce is the basis for me, who intend to pursue an academic career. We have difficulties in relation to the acquisition of material or bureaucracy, expensive equipment; but the university itself encourages research a lot.” The participation of students in projects provides a return to society — in this case, the production of new drugs for a more effective treatment against tuberculosis —, reaffirming a unique performance and commitment from the academic community at UFF, as well as from other universities in the country.

Much work remains to be done. “In the short and medium terms, we want the publication of articles related to the research and recognition by the scientific academy,” reports the researcher. “In the long run, why not, we seek to arouse the interest of some pharmaceutical industry and be the holders of the creation of a new medicine, produced industrially, being able to help the population, especially the socially vulnerable,” she concludes.