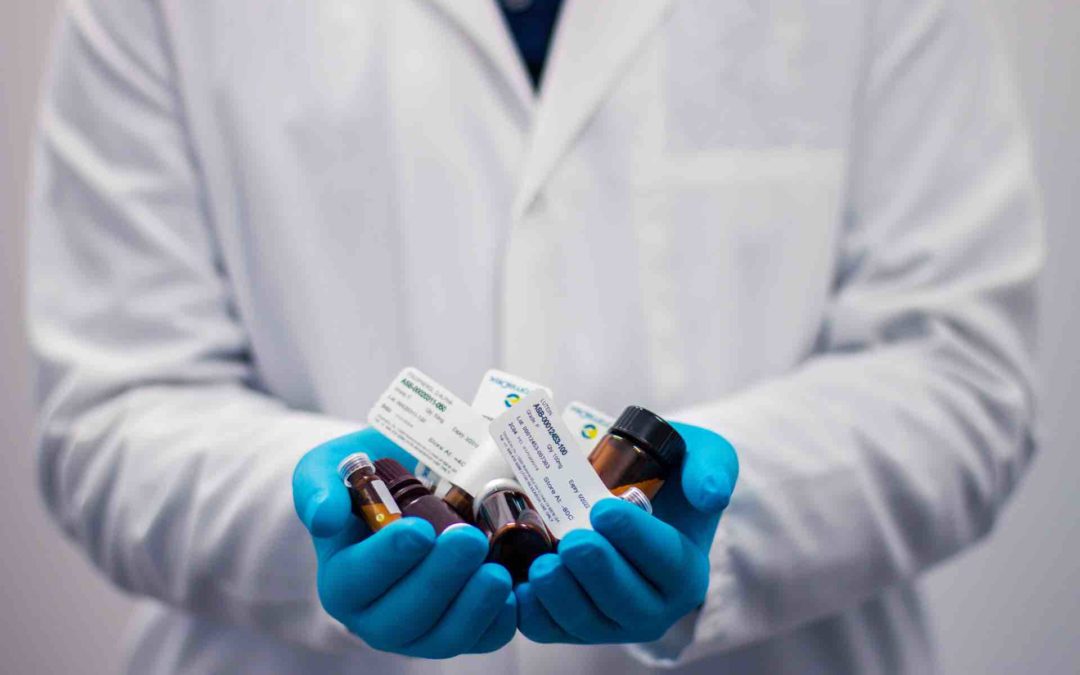 In 2018, according to the Federal Pharmacy Council, Brazil registered 87,794 private pharmacies and 11,251 public drugstores. The number grows every year and, with it, the consumption of medicines. But the discussion about the proper disposal of these substances does not seem to keep pace with their production and distribution. On the contrary. Although it has already been found that the greatest impact on the environment is caused by the disposal of consumers and not by the industrial manufacturing process, Brazil does not yet have regulations on the collection and proper disposal of household waste.

Against this trend, the Descartuff outreach project, from the UFF Faculty of Biomedicine, coordinated by the professor of Bacteriology and Environmental Education Júlia Peixoto de Albuquerque, has been working to make the population aware of the correct disposal of medications through actions on social networks and in scientific events open to the community. The main objective of the project, according to her, is to inform the population about why medicines cannot be disposed of as common waste: “It has consequences, it has a direct impact on our health. People need to understand that it is a necessity,” she emphasizes.

The consequences of incorrect drug disposal are not few and can be seen not only in the contamination of soils, groundwater, river, and ocean waters but also in the alteration of some forms of life. According to the professor, “there are several species that are undergoing a selection process. Some fish, for example, are changing their sexual behavior due to the concentration of hormones in the water.” In addition, she reinforces, “there is the problem of multidrug-resistant bacteria, which develop in large part due to the incorrect disposal of antibiotics.”

In everyday life, with the fast-paced routine we live in, it is often difficult to think spontaneously about the details of something like ‘throwing medicine in the trash.’ In fact, there is a huge discussion behind it.

Despite being a serious public health problem, a large part of the population simply seems to be unaware of it, even in the places where special care with the theme would be expected most. Júlia reports that when she inaugurated Descartuff at the Biomedical Institute, for example, she drew her attention to the lack of information from the students: “People were scared because they did not know that you cannot throw medicine in the sink. I was asked: ‘Is that serious?!’.”

The lack of knowledge is even greater in relation to the packaging of medicines, which may require special disposal, depending on the degree of contact with the medication. The tubes, blisters, and bottles, for example, are the so-called “primary” packaging, which should have the same destination as the medication itself. There are also secondary and tertiary ones, which were not contaminated by medication. One of the actions of the project, including, is the collection in the building of the Biomedical Institute of secondary packaging.

But what to do, then, with all the medication that is no longer used and that you want to discard, since you cannot throw it away in the common garbage or even throw it down the tap or flush it down? Júlia teaches the way: “the appropriate treatment that should be given to this medication is incineration. But it’s not just about setting fire. It is controlled incineration, a service that is outsourced by many hospitals and pharmacies. Some of them are even collection points where you can discard expired medication for home use. There is also a website (e-cycle), which informs the collection points of the region ”. According to the professor, this is not exactly the ideal scenario: “there should be a structured disposal network, in which the industry would be willing to collect and receive everything it throws out on the street, the government would offer an input and also a collection, and hospitals would work as partners,” she stresses.

For André Almo de Moraes Coutinho, who recently undergraduated in Biomedicine at UFF, and who collaborated in the formulation of the project in 2018, participating in Descartuff awoke him to the urgency of thinking about environmental education: “as soon as we start research to feed and ground In the project, I came across a range of issues — mainly those related to the impacts of inappropriate disposal — that caught my attention and surprised me, showing the seriousness of the matter. In a second moment, I felt that, by informing third parties about all this data, I was contributing to a better future.”

André narrates an episode that marked him a lot during his period of intense activity in the project when he carried out an awareness campaign on the need for proper disposal of medications with employees of the Instituto Biomédico library: “however small a moment, it was memorable for me. Informing them there, live, and seeing their reactions of reflection and surprise was incredible ”. The biomedical believes that this work of informing the population is essential: “in everyday life, with the fast-paced routine in which we live, it is often difficult to think spontaneously about the details of something like ‘throwing medicine in the trash.’ In fact, there is a huge discussion behind this.”

The coordinator of Descartuff emphasizes the role of the public university in transforming this scenario of low engagement of people in questions about environmental education: “when people talk about it, people already think of green, trees, whales, handicrafts, but it is much more than that.” According to her, “the university exists not only to generate knowledge but to provide this knowledge to the population as a whole and to train people who will be transforming agents in this process in the future, reproducing and multiplying what has been learned”. What is not lacking is willingness and availability on the part of Júlia: “I am a research teacher and not a researcher who teaches classes. I like to serve others, to help people, and not to make me feel good or to be better. If I’m here without making a positive difference to someone, what am I doing, anyway? There is simply no reason to be,” she concludes.