UFF researchers participate in a worldwide project on Access to Justice 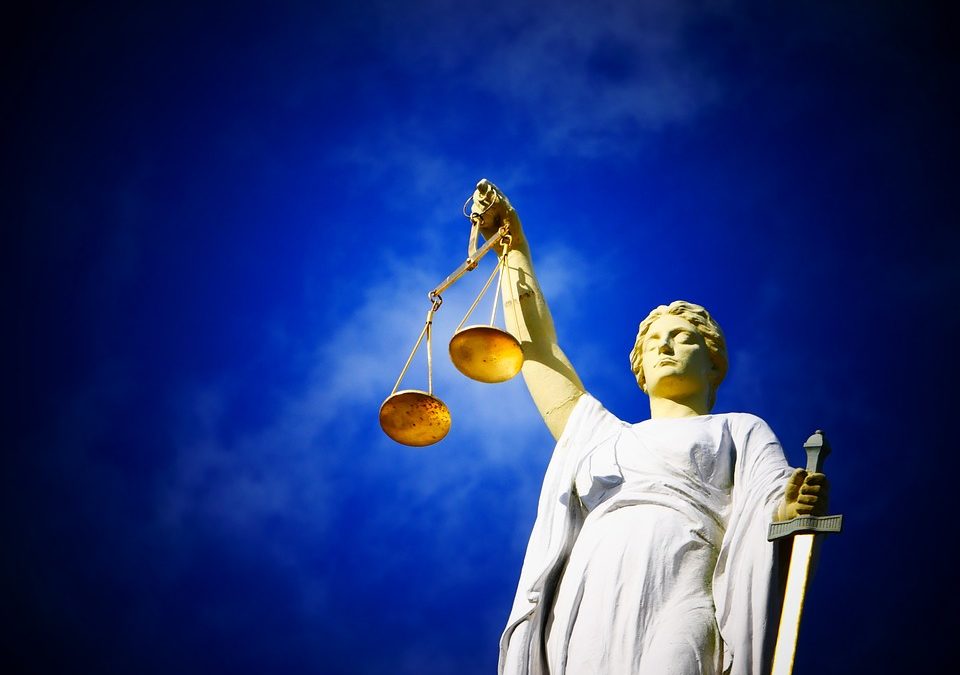 Justice, from the Latin justitia, means “law, equity, administration of the law.” And what is justice if not one of the pillars of society? Precisely for this reason, UFF professor and public defender Cleber Francisco Alves, since his doctoral research, seeks to understand how access to justice occurs, taking into account that his experience in the Public Defender’s Office of the State of Rio de Janeiro contributed to form a broader panorama on the subject, especially with regard to people from the lower social strata in society. 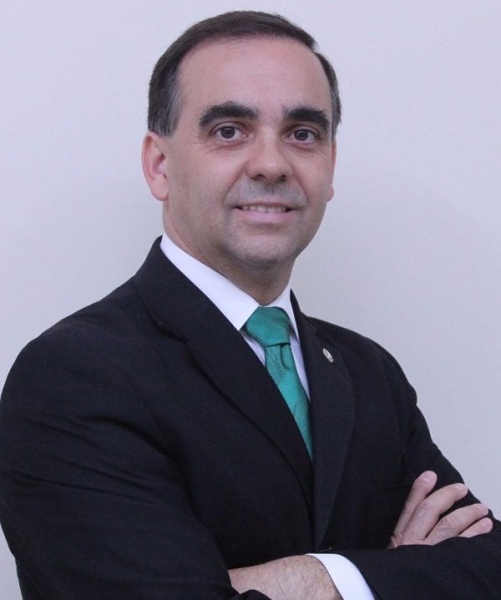 Cleber points out that true democracy has its fundamental foundations strongly embedded in the rule of law, and that it can end up becoming an illusion if justice does not prove accessible to everyone. “As the formal recognition of rights by the legal system does not automatically imply its practical implementation, those who are prevented from accessing the justice system suffer from the risk of having their rights ignored or violated. For this reason, access to justice is one of the most basic civil rights of a democratic regime that aims to guarantee, and not just proclaim, the rights of all.”

According to an estimate by the United Nations Commission on the Legal Empowerment of the Poor, more than half of the world’s population is outside the effective protection of the law. In current numbers, this means that about 3.8 billion people are prevented from claiming their most basic rights through the justice system.

Based on this perspective, the project Global Access to Justice was born, coordinated by the professors: Cleber Alves and the PhD student in Sociology and Law Diogo Esteves – both from UFF -, Alan Paterson (University of Strathclyde – United Kingdom), Bryant Garth (University of California – USA), and Earl Johnson Jr (University of Southern California – USA). The work aims to identify practical solutions that optimize the allocation of public resources and enable the implementation of effective changes in the current global scenario of exclusion and marginalization of the most vulnerable members of society. 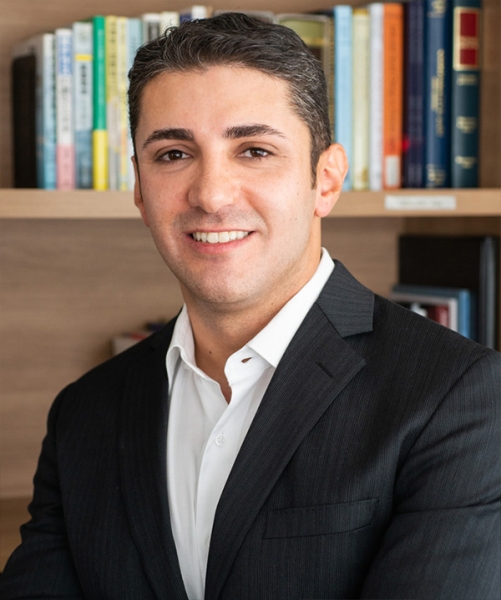 Diogo Esteves explains that traditional solutions to the problem of access to justice usually depend on high budget investments, a factor that ends up becoming an insurmountable barrier in periods of austerity. “In addition, as there are multiple paths to be followed, often the scarcity of information ends up leading to the adoption of wrong political choices, which result in a waste of public resources and unsatisfactory practical results.”

With a focus on this reality, according to Professor Cleber Alves, the study opens broad perspectives for an updated view of the challenges and horizons in the contemporary world scenario on the problem of access to justice. From it, it will be possible to better understand the current difficulties faced by people in socially vulnerable situations, whose rights are often neglected. It is also intended to identify the experiences of overcoming obstacles in order to achieve effective access to a fair legal order, which is everyone’s desire. “This idea develops in the same path as predecessor works in the area, with some peculiarities due not only to the current context but also to the desired global scope,” he adds.

Previously, in 2005, when defending his doctoral thesis entitled “The structuring of Legal Assistance services in the United States, France and Brazil and their contribution to guaranteeing equality for all in Access to Justice”, Cleber started to walk a path which met with increasingly broad questions in the Law segment. While developing the study, he delved into the Projeto Florença. The avant-garde work and theoretical framework of studies on access to justice sought to understand this phenomenon, especially for those most in need, in the mid-60s and 70s of the last century, especially in the most developed countries in the West.

“It was a scenario in which the world was still ideologically divided between countries that were aligned with the socialist-communist model or the capitalist model, and the Welfare State path was seen as an alternative to advance in terms of social equality, preserving the postulates of the regime of liberal capitalist democracies. Thus, the matter of guaranteeing equality and effectiveness in accessing Justice started to receive great attention and arouse keen interest in the academic and political circles in that historic period,” describes the professor.

According to Cleber Alves, the Projeto Florença, made up of six books, was originally launched in the English language and influenced lawmakers around the world. In Brazil, the initial part of one of them was translated into Portuguese and published in 1988, under the title Acesso à Justiça. “The work has become a true bestseller and, since then, it has been an indispensable read in the training of most lawyers in our country,” he declares.

Forty years later, addressing the same theme, the Global Access to Justice appears with the intention of deepening and expanding research in this area, now involving countries from all continents. “This study, in fact, intends to go well beyond Projeto Florença. We all have a lot to learn from him. It is the right moment to see what is happening today regarding the problems of access to justice in the world,” says Bryant Garth, one of the general coordinators of the research.

Diogo Esteves complements highlighting that the project includes teams of specialists from different nationalities, disciplines, professions, and cultures. Law professionals from the public and private sectors, directors of legal assistance institutions, high-ranking public workers, and policymakers, participate representing around 100 nations from all continents. “For all of us who wish for a fairer future and dream of a world where equal access to justice is a global reality, the project is a source of inspiration and encouragement so that we can finally be the change we want to see in the world,” emphasizes. 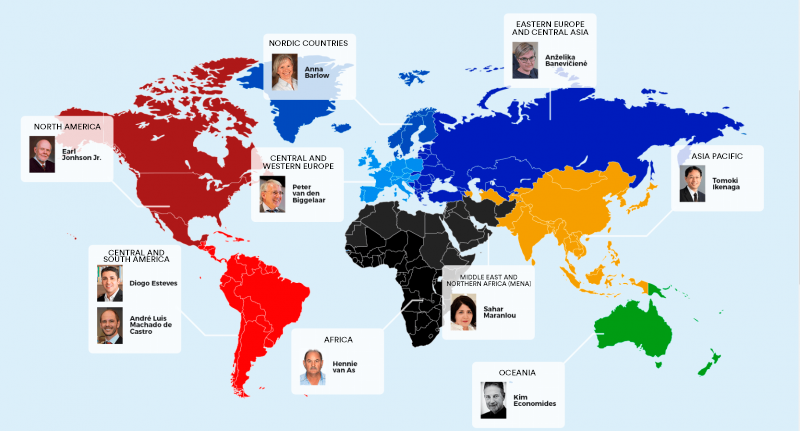 Due to the breadth of the research, Cleber Alves informs that, in addition to the appointment of general coordinators, coordinators are also defined to nine regions of the planet: South and Central America, North America, Central and Southern Africa, the Middle East and Northern Africa, Central and Western Europe, Nordic Countries, Eastern Europe and Central Asia, Asia Pacific and Oceania. “At the same time, the coordinators prepare a standard questionnaire, sent to researchers from different parts of the world, so that they indicate in as much detail as possible all the issues that we consider relevant to be explained in the national reports. Currently, the project is in the process of preparing these documents.” 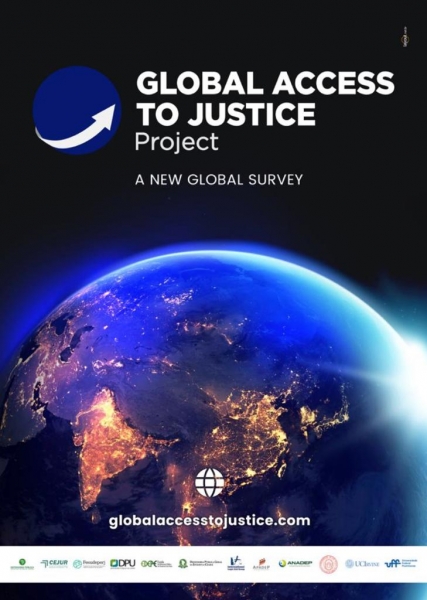 In addition to the main structure, Global Access to Justice also has a group of thematic coordinators, who exercise the function of analyzing national reports and producing global opinions on different aspects, such as the relationship between new technologies and access to justice; the sociological dimension of access (or inaccessibility) to justice; contemporary initiatives that ensured adequate representation in the defense of diffuse and collective interests, among others.

Cleber Alves also clarifies that the project’s aspiration is to form a rich written document that will consist of national reports for participating countries, regional, thematic reports, and the final report. “In addition to making all this material available for consultation by those interested in digital format on the project’s website, there is an intention to launch a collection of books, initially in English, Portuguese and Spanish. We also intend to publish in other languages, such as Japanese, French, Italian, in short, disseminate as much as possible, facilitating access to the content of the information in the reports,” he adds.