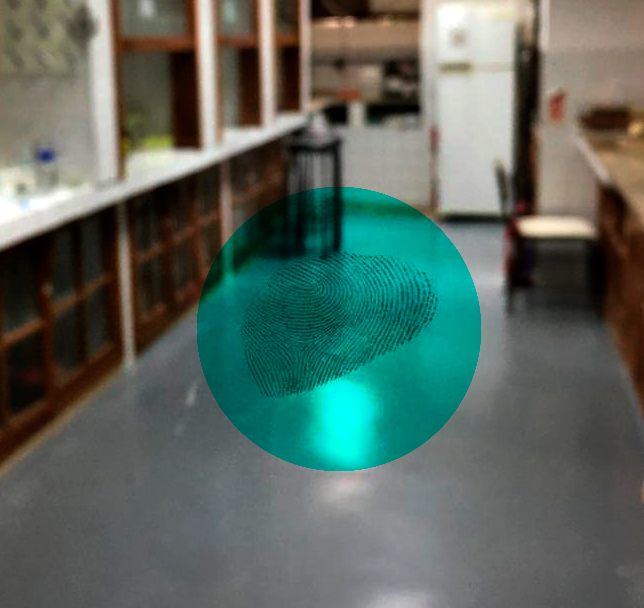 Investigating a crime is a task that goes beyond the walls of police stations. Intelligence work is fundamental to the satisfactory resolution of police cases. This activity requires a range of specific materials and expert studies. The recognition of fingerprints — with the technical name of papiloscopy — is one of the fundamental procedures in criminal investigations, considering that through this method the evidence collected and analyzed by professionals can lead to the offender. This type of procedure is done using a powder substance that reveals fingerprints, currently imported by practically all the police forces in Brazil.

Focusing on this reality, Professor Wagner Felippe Pacheco, together with his doctoral student in the Graduate Program in Chemistry at UFF, forensics expert Rômulo Rodrigues Facci, developed research that resulted in the creation of a new powder for fingerprint development. The material, already used by the Rio de Janeiro investigative police, had positive results in the investigations that led to the arrest of several suspects. “At the moment, in addition to the Rio police, four other states are using the substance produced at the university: Amazonas, Acre, Tocantins, and Rio Grande do Norte. The Federal Police also contacted us to do tests with the powder and polices from other states have also shown interest,” adds the doctoral student.

Facci says that, when starting the study, his first concern was about the large usage of papiloscopic powder by the police, at the state and federal levels and how, even so, the country continues to import an expensive product instead of producing it. For the society, Rômulo points out that the manufacture of a powder with cheap and recyclable raw material is a great achievement. “We arrived at a composition that is the same or better than the imported one and at a very cheap price. We transformed the scale of the production from nano (laboratory, about 1g) to a process in batches of 1 kilogram.”

Considering the characteristics of the material developed by the researchers and the imported, Wagner explains that chemically they are very different. “The substance synthesized by our research is made mainly of iron oxide, while the other is mostly graphitic carbon. But the real differentiation is in the application. Ours is darker and more adherent to the fats of digital printing, producing a clearer image more easily and quickly,” he emphasizes.

We only completed the chemical composition when the product we made printed a sharper image than the one currently produced by the police.

The professor points out that the research takes place at the Peter Sørensen Laboratory of Analytical Chemistry and explains how the product tests were carried out. The first stage was the chemical composition, “that is, how much of the main raw material or other chemical components would be used, and how to work mixing and grinding these materials until you get a final product sufficiently fine and with a very intense color.” The second test was repeated simulations of the final application of the compound, and consisted of applying the powder, removing the excess, then pasting an adhesive tape, and then removing the tape, on which was the image of the recorded fingerprint. “We paste this tape on white paper and take it to the computer, where it is scanned. Then, we count the number of characteristic points on the fingerprint,” he explains. 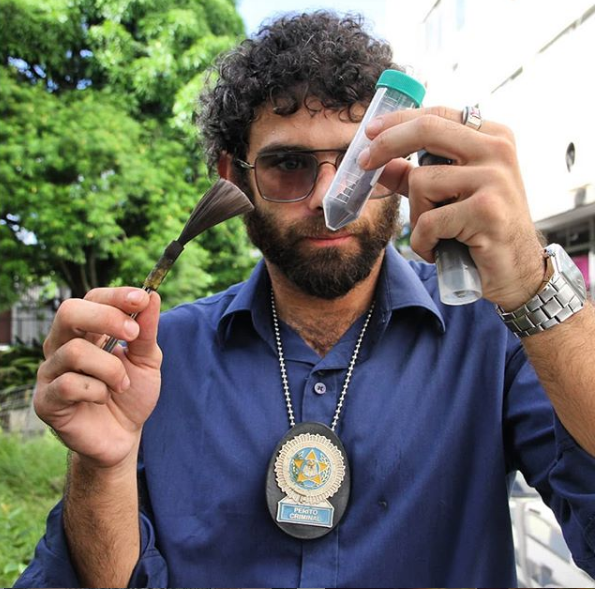 Throughout the work, the researcher says that, for comparison purposes, exactly the same verification procedures were carried out with the imported powder and with the compound developed by the study. “We only completed the chemical composition when the product we made printed a sharper image than the one currently produced by the police.” Regarding the costs of producing and selling the new product, the professor explains that they are still under evaluation. “The estimate we make is that it should be at least 70% cheaper than imported powder since all the inputs we use are low-cost and the main component has no fixed selling price since it is considered industrial disposal,” he adds.

From an academic point of view, Wagner explains that the study helps to consolidate an applied research line, which is the reuse of industrial waste for various analytical applications, highlighting that sustainability must always be supported at all levels. The researcher also points out that the patent application process for papiloscopic powder is underway through the Innovation Agency (Agir) at UFF. Rômulo completes stating that, for his training, this work was enriching. “The professor’s proposal to make papiloscopic powder, which depends on studies of material synthesis, left my initial training field, which enriched my knowledge. I had to train a lot of papilloscopic fingerprint development techniques to test more than 50 compositions that were produced.”

The researchers are starting a new project, in the pedagogical area. The doctoral student says that the papiloscopic powder will be sent to public elementary schools with the intention of bringing students closer to forensic sciences. “Nowadays, with access to investigative narratives in television series, for example, young people are feeling more interested in this area. The idea of the project is to enter the forensic sciences at the school and then teach all the sciences from it,” he concludes.