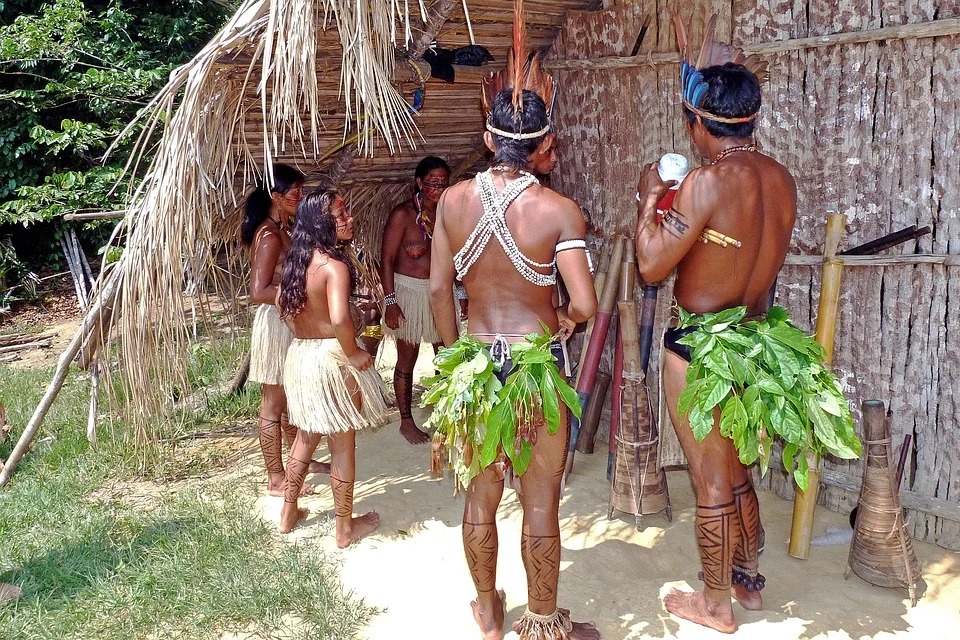 After Europeans arrived in the Americas, a considerable portion of the original populations was decimated. This massacre can be described not only in terms of the pitiful loss of human life, but also the consequent disappearance of all its cultural heritage: its knowledge, practices, artistic productions, and also, its native languages. According to Fundação Nacional do Índio (National Indigenous Foundation – Funai), in 1500, the native population of Brazil was around 3 million people. Recent data from the 2010 census indicates that there are approximately 800 thousand indigenous people, divided into 305 ethnic groups and with a total of 274 languages, against more than one thousand before colonization.

Languages are much more than just ways of communicating, they also bring with them the knowledge that marks a people’s identity and thinking — their cultural traits, ecological knowledge, religious imagery, and also their history and the specific way of conceiving reality. Therefore, with each language that dies, parts of humanity’s cultural and historical heritage also disappear. It is precisely in this sense that preserving Brazilian languages and cultures is fundamental. According to the professor at the UFF Institute of Letters, Luciana Sanches-Mendez, “the role of the university is essential in the preservation of indigenous languages and cultures in the country. It is in the context of the university that description and documentation work is done and public funding is essential to encourage research in this area,” she says.

In 2017, the researcher, who has been working with indigenous languages for 14 years, applied a linguistic reading experiment to a portion of the Karitiana population in Porto Velho (RO), with financial support from UFF’s Office for Research, Graduate Studies, and Innovation. The goal of the study was to verify how adverbs were processed in Karitian speakers. “This type of research helps to group languages according to certain characteristics and also to identify linguistic universals. If we are looking to characterize what is common to all human languages, we need to look at a broad linguistic universe. In that sense, the variety found in our country is very rich,” she points out.

They see the importance given to their language as an important form of identity recognition, especially in the current times, when communities are so attacked.

The Karitiana are a tribe from Rondônia with approximately 320 people and their language is the only remnant of the Arikém linguistic family. “I have been working with them since 2005, so I have a facility for negotiating my presence in the community. In this last field activity, the novelty was the experimental methodology, which, unlike previous collections, required a reserved room and the use of computers. The adaptation, however, was easy, since its use is no longer big news in the community,” she explains. 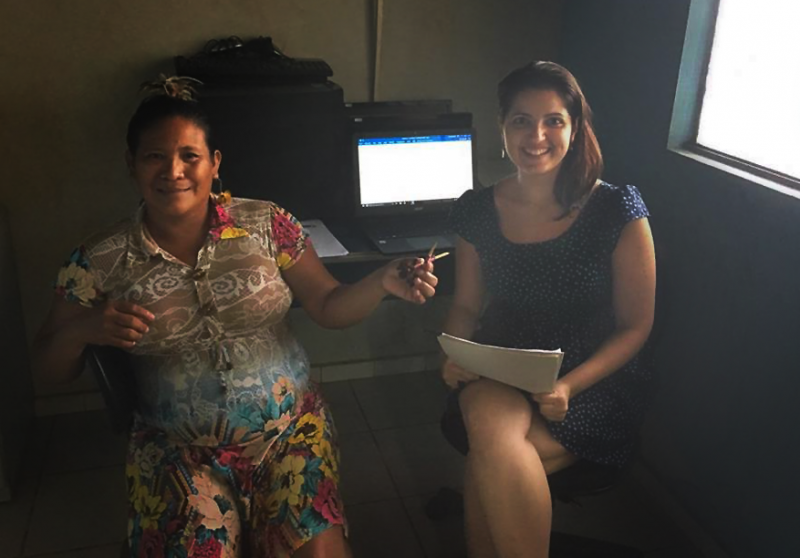 Luciana also stresses the importance that electronic devices can assume for the preservation of underrepresented languages and, consequently, part of the cultural heritage of indigenous peoples: “technology has been part of the daily life of the community. Many Karitiana speakers have smartphones, for example. The use of these tools for the preservation of language and culture represents, therefore, a great potential.” She adds that “running an experiment with a recent theoretical approach and a modern methodology reinforces the recognition of Brazilian native languages as natural languages that deserve and should be investigated.”

According to the professor, in the specific case of Karitiana, many researchers in the country are studying its various linguistic aspects. “I think that, for the tribe, this interest ended up generating more confidence about the seriousness of the linguists’ work. However, I recognize that this is not always the case.” The results of the studies carried out by the researcher are available on the page of the Study and Research Group on Theoretical and Experimental Linguistics (Gepex).

Each year, the United Nations addresses topics related to certain aspects relevant to humanity and, in 2019, the International Year of Indigenous Languages is being celebrated. Due to the great diversity of native languages, Brazil is one of the biggest recipients of the celebration.

“In line with the International Year of Indigenous Languages, in November, for example, the Seminário Internacional Viva Língua Viva 2019 took place at the National Museum of Universidade Federal do Rio de Janeiro (UFRJ). The event was hosted as a project by the Associação Brasileira de Linguística (Abralin) and aimed to discuss and encourage the development of actions to preserve and revitalize indigenous and minority languages. This has been happening with the efforts of many colleagues from various universities,” highlights Luciana.

According to the professor, research on languages considered to be underrepresented contribute enormously to the community’s self-esteem. “They see the importance given to their language as an important form of identity recognition, especially in the current times, when communities are so attacked,” she emphasizes. 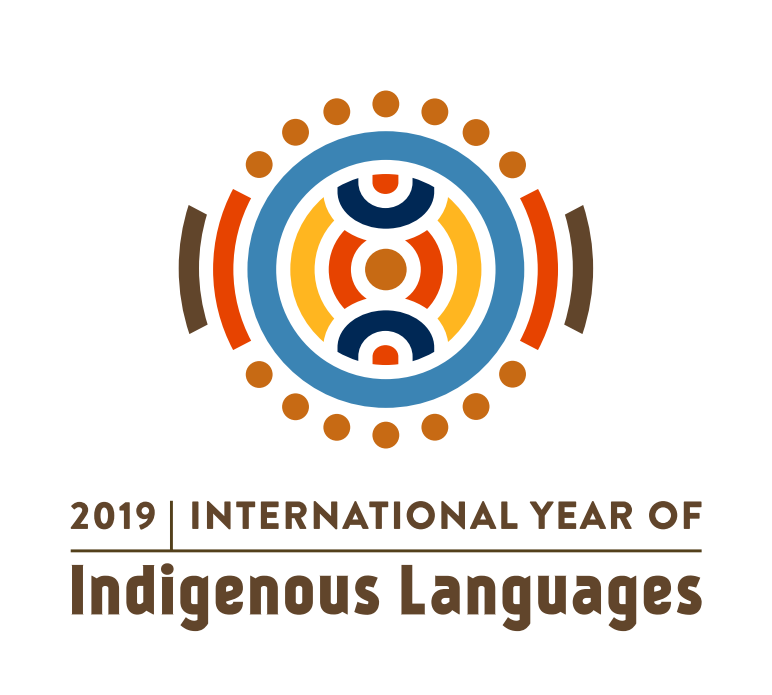 Sanches-Mendez also highlights how this work with different cultures changed her conceptions of the world. “As a teacher of Portuguese and Linguistics, my experience with indigenous languages has broadened my repertoire and turned me into a professional who is increasingly interested in studying different varieties of languages and in drawing attention to this diversity. As a citizen, now I understand better the importance of bringing objectively to Brazilian research data that shows that these languages are as complex as Portuguese and other natural languages and therefore deserve to be recognized and respected.”

In this sense, Luciana highlights another crucial point in the fight for the conservation of indigenous cultures: the need for public investment to continue scientific research. “The humanities area is always chosen as a target in times of expenditure restraint. However, the preservation of indigenous languages and cultures is urgent and cannot suffer from these variations. More than ever, the public university must assume a leading role in preservation projects,” she concludes.