Who are the blind, after all? Research at UFF brings out the invisibility of people with disabilities 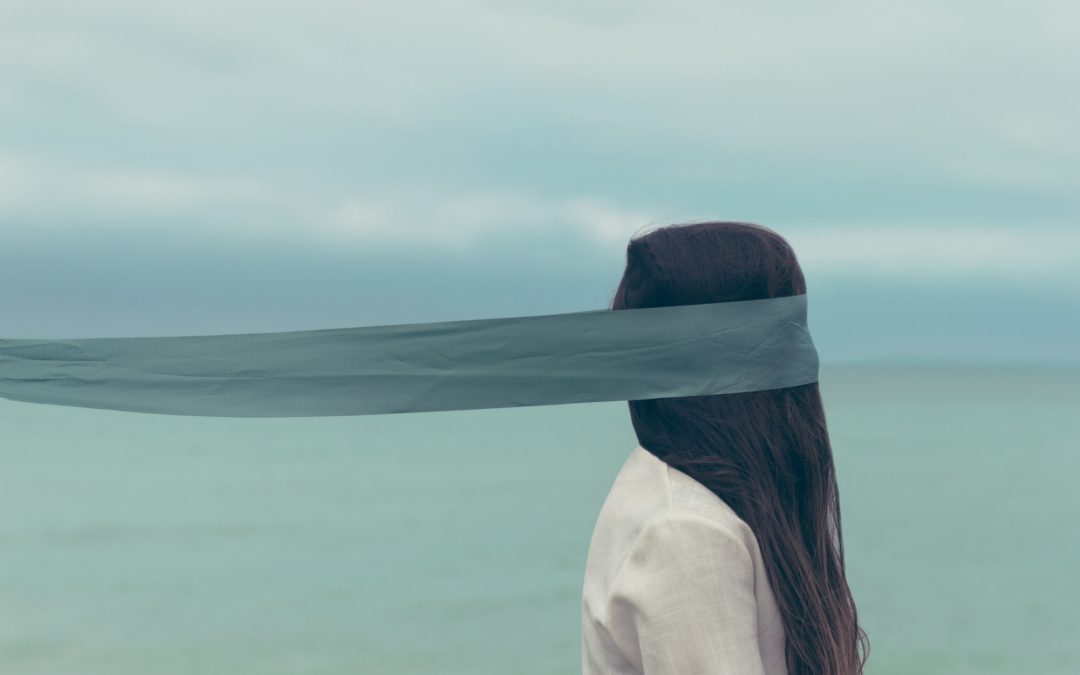 Six in the morning. The alarm goes off. A hand goes to the device, turns it off. The other brings the cell phone closer. The messages are quickly answered. A few steps out of bed and, suddenly, an encounter with the image of you in the mirror. It seems that the rest wasn’t enough. From the bathroom to the closet, it takes just a few seconds: soon you are choosing the clothes of the day and then breakfast. Ten minutes pass before the door opens and you reach the world outside. Billboards give news of the new trending products. People run in agitation. You have to wait a bit to get across the street.

This is a cliché scene. It could be counted by thousands of people, with few variations. It could be repeated backward. Front to back. But not for people with disabilities. Especially those that have little or no vision, in a world in which the image constitutes a key piece for communication and locomotion, the construction of oneself, and the perpetuation of social values. The blind researcher and psychologist Camila Alves, part of the UFF outreach project Perceber sem ver, lives a routine like this, for many of us so obvious and familiar, in a much less agile and easy way. There are many limitations imposed by a world so little sensitive to differences and the diversity of corporealities and subjectivities.

According to Camila, “the effort that a person with a disability needs to make to develop the same activities as a person without a disability is immense. I deal with real serious fatigue. The whole time I am negotiating with a series of impediments. If I want to take an Uber with a guide dog, I have to negotiate with the driver, with ignorance of the law… If I want to read a book, I need to negotiate with the fact that not all the books I want and need to read exist in accessible formats. So I often have to contact authors and publishers. And invariably, many things that could be simple end up becoming a mission. This is exhausting, discouraging, but it is a reality that we face,” she says. 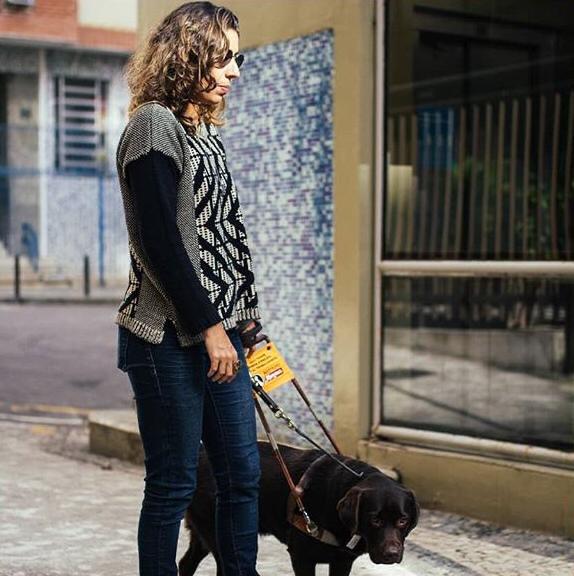 Camila, who is also a university professor, alternates her routine between the Faculty of Psychology, the clinic, and the time dedicated to her doctorate, and says she is able to carry out so many activities in the day for being a guide dog user. In addition, it uses specific electronic equipment, such as the iPhone and the iPad, whose programs allow it to use text messaging and reading applications. All these resources, according to her, “make accessible a universe that we need.” But she points out that her participation in the Perceber sem ver project, since the first period of college, was also fundamental for the construction of all the autonomy she has today.

The project, according to her, is capable of reordering a person’s life: “there is a production of subjectivity that revolves around disability, which is absolutely important. It is a project capable of enhancing the life of a person with a disability, and of changing the way one deals with it. It was a great opportunity to make me a woman with disabilities in a more empowered way. It was also the possibility of belonging to a community where I could relate and learn from other blind people,” she says.

For the coordinator and creator of Perceber sem ver — active since 2003 — Marcia Moraes, “losing sight is a process that involves the body as a whole, its relations with space and with others. There is work to be done to reorganize the body from the active senses, which no longer rely on the centrality of vision,” she describes. This work, according to her, is carried out through the Body Experimentation Workshops, whose objective is to articulate visual and body deficiency, mobilizing it with awareness actions. The workshops are attended by blind, low-vision adults, who are in the process of rehabilitation, with undergraduate supervision, as well as master’s and doctoral degrees, like Camila.

Researching disability is, on the one hand, analyzing how our social context oppresses certain bodies, including the disabled. But it is also, on the other hand, to understand that research calls us to fight for a more diverse world, for this reason even more.

In addition to the workshops, the project also develops actions in public and private schools, in order to mobilize in the fight against the oppression of people with disabilities. “It is an issue that concerns all of us, people with and without disabilities,” ponders the coordinator. Even more so if the current moment, marked by setbacks in all areas of assistance, is taken into account. According to her, “precarious working conditions, for example, have a negative effect on all of us. However, it affects even more violently the lives of those people who need accessible transport, of social benefits, to be in city spaces.”

Marcia explains that the study that originated and gives life to the experimentation workshops, as well as all the project’s actions in society, goes beyond the academic universe, constituting a way of being present and acting in the world-oriented towards diversity, equality, and justice. According to her, “researching disability is, on the one hand, analyzing how our social context oppresses certain bodies, including the disabled. But it is also, on the other hand, to understand that research calls us to fight for a more diverse world, for this reason even more just. Affirming difference and diversity as our condition is fundamental if we really want to build a less unequal world,” she emphasizes.

In the words of psychologist Camila, Perceber sem ver is, “without a doubt, a space for training. This is indisputable. It is a space that trains people who will work, act, think, write and research in the field based on a social model of disability, being able to intervene critically and politically in it. We know that in the country, intervention strategies in this area are still geared towards a medical perspective of disability, which does not comply with the guidelines of the Brazilian Law for the Inclusion of People with Disabilities.”

In addition, she adds, “thinking about the threat that research suffers in the current context is thinking about reducing a group that trains scientists to work in the field of disability, in a qualified, serious and analytically sensitive way. The risk that research activities are taking today in the country is that of decreasing the discussion, academic production, and training of professionals who will work in the area. In resume, these are the limitations that a very insensitive society imposes. And to deal with this, it takes a lot of creativity and willingness,” concludes Camila.