Universal Basic Income: UFF researchers participate in the expansion of a pioneering social project in Maricá 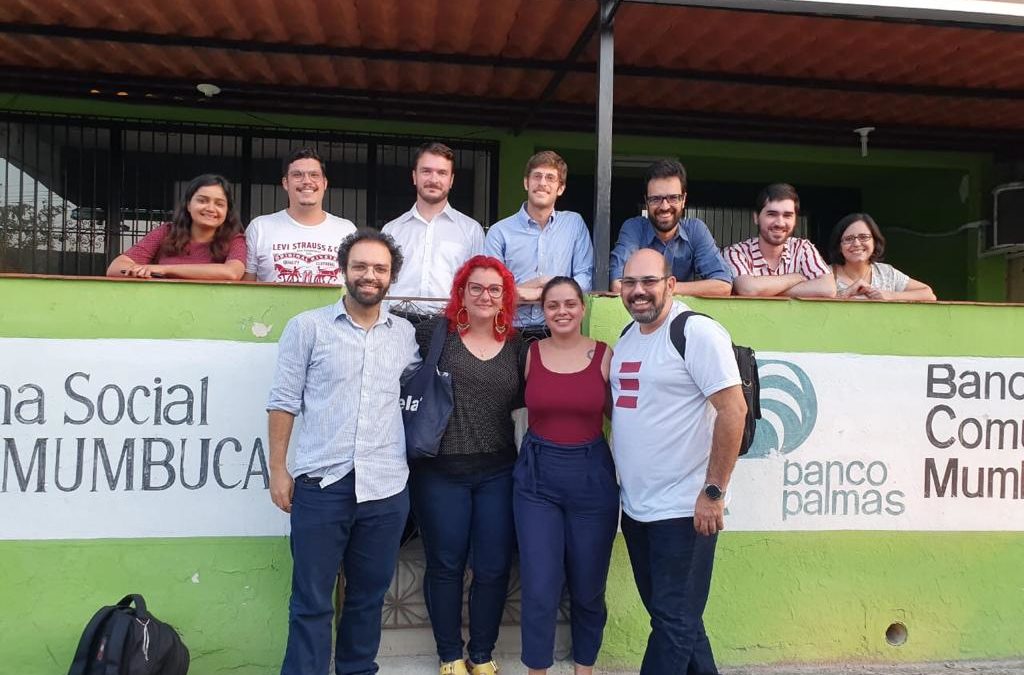 Sanctioned in January 2004, the law 10,835 sought to change the scenario of social inequalities in Brazil by instituting a program guaranteeing annual monetary benefits for Brazilian residents and foreigners residing for at least five years in the country. However, the initiative has not yet been implemented in any municipality, with the exception of Maricá, a city in the state of Rio de Janeiro, where Renda Básica de Cidadania, a project operated by the Secretariat of Solidarity Economy, offers economic support for families in Maricá. The rent is granted in the form of a social currency (called mumbuca, in honor of the main river that supplies the city), for local use and administered by a community bank.

Unlike other income distribution programs in Brazil, such as Bolsa Família, the benefits of Universal Basic Income (UBI) are offered through this social currency, Mumbuca (with a 1-to-1 par with the Brazilian real), so expenses must be made in the city itself — thus boosting its economy. So far, there are more than 2 thousand commercial units registered to receive payments with the Mumbuca social currency. In addition, the program is granted unconditionally: according to professor Fábio Waltenberg, “to be entitled to the benefit (equivalent to 130 Brazilian reais per person), it is enough to be included in the Government’s Unique Registry, which includes families with income up to 3 minimum wages monthly and have lived in Maricá for at least three years.” 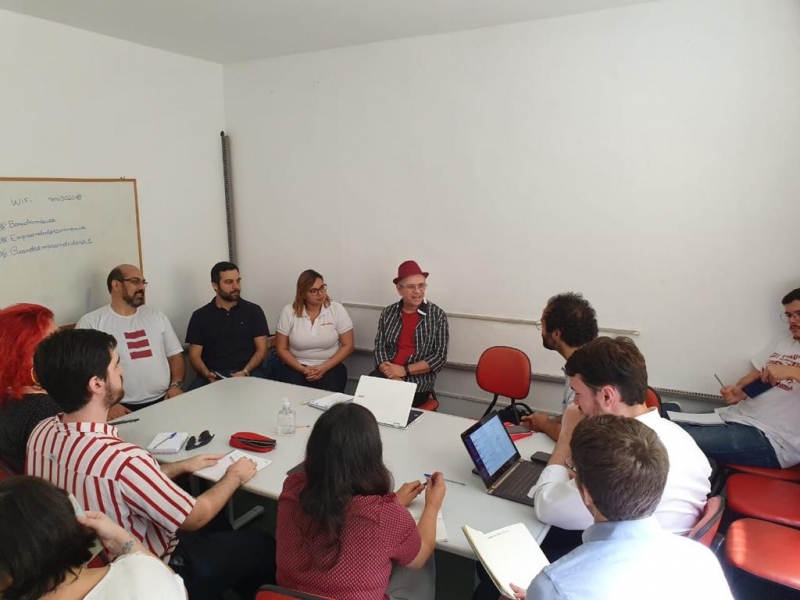 First conceived in the 16th century by the philosopher Thomas More, the UBI is a social protection system that seeks to monetarily benefit citizens in order to meet the minimum expenses with food, education, and health. According to the study on social mobility conducted in June 2018 by the Organization for Economic Cooperation and Development, a Brazilian family takes nine generations to leave the range of the poorest 10% and reach the country’s average income. This picture reflects the scenario of social disparities in which both Brazil and other nations in the world are inserted in a historical context.

Countries such as Kenya and Finland have used pilot projects of UBI, but the only experience that can be considered comparable to Maricá in some aspects is that of the state of Alaska, in the United States of America. In Alaska, however, although the entire resident population is a beneficiary, payment is not monthly but annual, the amount is not predetermined and benefits are not paid in the form of social currency as in Maricá.

With a focus on expanding the program, the Jain Family Institute, a private research institute in New York, will finance studies to assess UBI. “The benefit reaches 26 thousand people and will be expanded to 52 thousand in 2020, with the intention of expanding the program to the entire population of the municipality”, says Fábio Waltenberg, professor at the Department of Economics at Universidade Federal Fluminense and scientific director of the Rede Brasileira de Renda Básica. The researcher will be the coordinator of a Brazilian team that will analyze the UBI, since the evaluation fits into the activities of the Graduate Program in Economics at UFF and their Center for Studies on Inequality and Development.

“As demands, we have the hiring of specialized companies to carry out quantitative market research, and interviews with program beneficiaries, non-beneficiaries, and also with public figures from the city of Maricá,” points out the coordinator. In addition, the team also plans to purchase a service for systematic monitoring of mentions of the UBI policy. 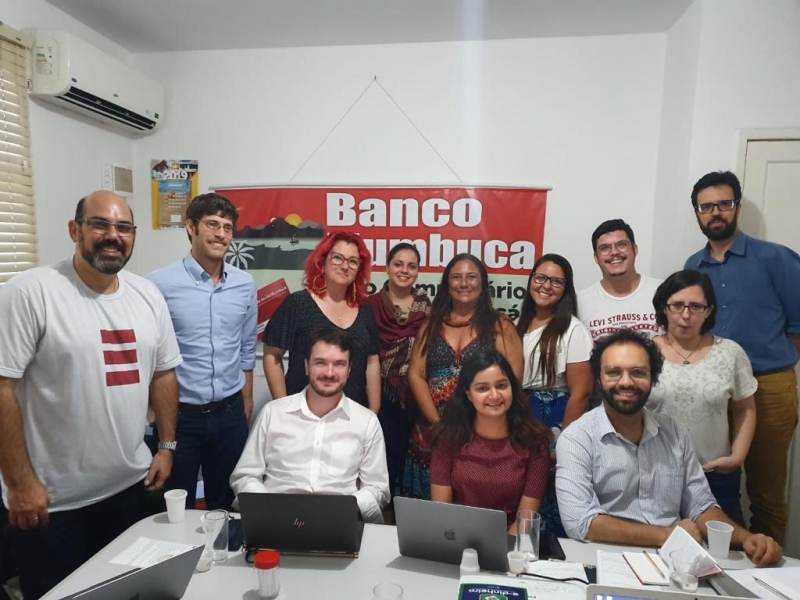 The project elaboration stage is being carried out at UFF, in partnership with JFI. Meetings between the institute and university professors were held with a subsequent visit to the Secretariat of Solidarity Economy of Maricá and Mumbuca Bank, also counting on four UFF students, who have been involved in the project since the preparatory stage. With data collection scheduled for December, “as funding sources expand, we plan to include more professors and students from the university. Graduate’s works and research on the most varied topics can be carried out with the data and information that will be collected over the 12 months of the research,” says Fábio.

It is difficult to predict the impact of all expected phenomena on personal consumption, quality of life, employment, income, demand, and production. Hence the need to investigate them closely.

According to the doctorate student in Economics at UFF Roberta Mendes e Costa, researchers in Applied Social Economics are used to working with secondary data — information collected by other people or institutions, such as, for example, the Instituto Brasileiro de Geografia e Estatística (IBGE). “Participating in a study in which we will collect primary data is a very enriching experience, as it makes it possible to work in all stages of applied research: from the preparation of the questionnaire, through the collection of data, to the analysis of the results,” she says.

“The research, in general, aims to understand the effects that the UBI program has on different aspects of the beneficiaries’ lives, such as well-being, consumption patterns, job offers, perceptions about public policies and political engagement,” summarizes Roberta. The study also intends to understand the stages of development and implementation of the UBI program, which is why interviews with the main actors involved in this process will be conducted.

As it is still in the implementation phase, the analysis of the expansion of the initiative proves to be an essential step for the success of the process, being possible to observe its initial results at individual and collective levels. It is believed that the beneficiaries will gain from the economic security provided by the guaranteed income, better planning their expenses and investments. “The increase in regular household income could also encourage families to hire certain care services in the market, such as daycare centers, nursing homes, nannies, caregivers for the elderly and the disabled, freeing up more professionals in the area to participate in the labor market,” highlights Fábio. 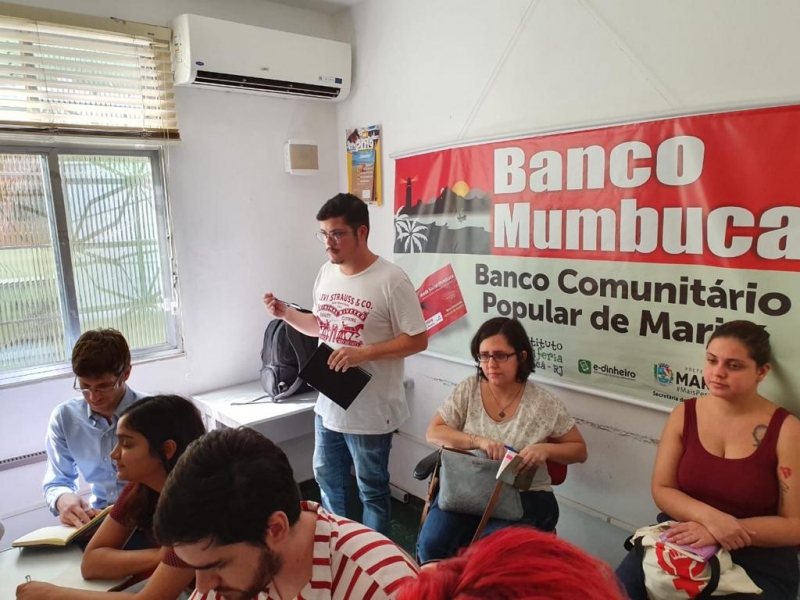 However, according to the researcher, there are fears about the project’s implementation. The most common is based on the reduction of the working hours that some professionals could join — or even resign — due to the granting of the benefit unconditionally and without counterparts. “There is also a certain fear about inflation, since, in the aggregate, there will be more money in circulation in the hands of Maricaenses. If this happened, and if inflation reached products in the consumption basket of the poorest, people would have higher nominal incomes, but their purchasing power would not increase to the same extent, at the risk of falling,” he warns.

According to Fábio, the participation of UFF positions the university as an important research center, in addition to generating future possibilities for partnerships in studies with other institutions. Despite some uncertainties, the Renda Básica de Cidadania program is a pioneering initiative compared to other similar programs distributed around the world, which provides unique research opportunities that will contribute to the Universal Basic Income literature. “It is difficult to predict the impact of all the expected phenomena on personal consumption, quality of life, employment, income, demand, and production. Hence the need to investigate them closely,” he concludes.