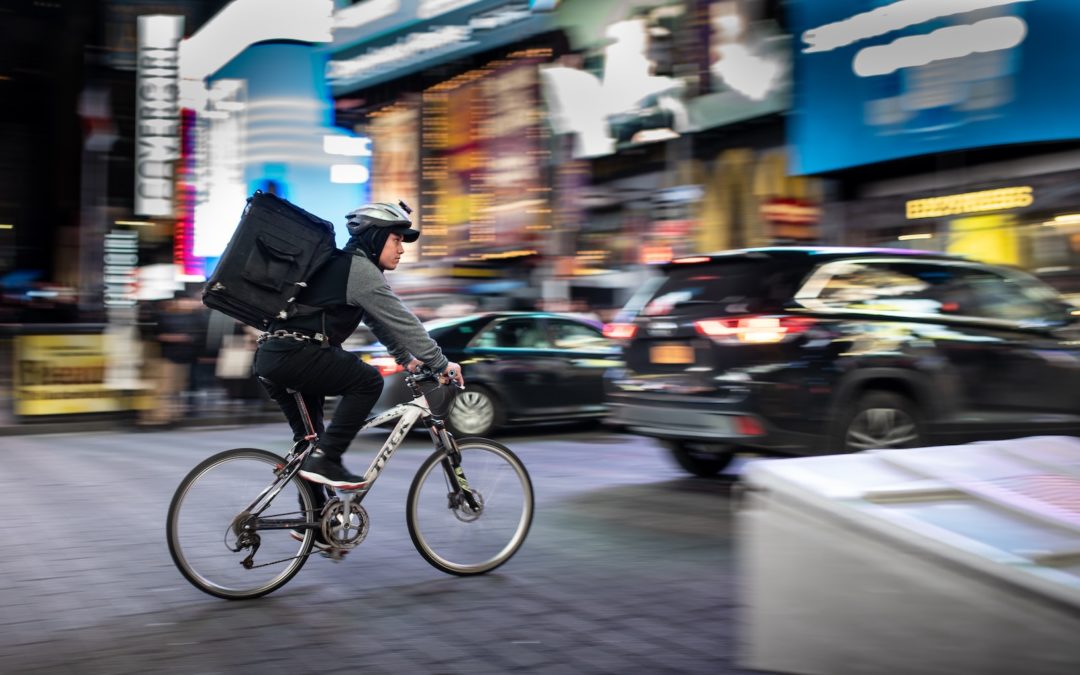 Schools and universities got closed. Theaters, cinemas, nightclubs. Beaches, public parks, and some of the accesses to the city. People retreated into houses and you can hardly hear any noise on the sidewalks, once bustling and crowded. Even so, from time to time, you can hear the squeak of a motorcycle crossing the avenue at high speed. Those are delivery service providers. They pass through the condominiums, leaving meals without anyone seeing them, as this is “safer” — invisible, like the virus that everyone has come to fear.

This could be the excerpt from some science fiction book fantasized by a writer in the remote past of humanity; on the contrary, it harshly portrays the abrupt change that has taken place, on a planetary scale, in the ways of organizing life in society, since the emergence of the COVID-19 pandemic in the world.

In Brazil, in particular, which has sought to adapt to this new reality, more recently in comparison with other nations, it has drawn the attention of researchers to a question, among so many others emerging at the moment, about the structural inequalities that underlie our social organization and that signal how we have, until now, experienced this crisis situation.

The delivery man who arrives at our homes, exposing himself to contamination and without receiving an additional amount on his paycheck for this reason, for example, is a key element in understanding this scenario.

Invited to open a discussion with the university community and civil society on the subject, professors Roberto Kant de Lima, Pedro Heitor Barros Geraldo, Fabio Reis Mota, Frederico Policarpo, and Flávia Medeiros, respectively coordinator and researchers of the Institute for Comparative Studies in Administration of Conflicts at UFF, as well as the professor from the University’s Department of Economics, Ruy Afonso de Santacruz Lima, developed some reflections on the theme.

In normalized societies, predictability is an essential feature of the functioning of the market and today’s unpredictability deeply shakes its foundations. In Brazil, where the unforeseen is the rule, and the market does not work as in the most advanced Western societies, it would be solidarity (as described in the recent speech by German Chancellor Angela Merkel), which could extend this possible forecast on the horizon.

According to the group of researchers, “the pandemic makes our slave tradition explicit by putting at risk the most vulnerable people and sectors of society who are today in an even more precarious and dangerous condition as to their right to work, as well as their health security, since millions of male and female workers are forced inhumanly to fulfill their working hours, even without the social and health protections necessary in this moment of crisis.”

This progressive precariousness of working conditions is related, as Professor Ruy Santacruz describes, to the phenomenon of “uberization of work”, which has attracted many people to jobs without a formal contract and which is a trend worldwide, especially in Brazil. According to the economist, although precarious working conditions are not exactly a novelty in the country, the rise in unemployment very rapidly since 2013 has generated the conditions for the formation of a large mass of informal workers, such as delivery providers.

The process of ‘uberization’ of work in Brazil, explains the teachers, “is not associated with the development of citizenship rights, the exercise of free and autonomous work, but, on the contrary, it accentuates the precariousness of labor rights and relations between employer and employee, making this form even more perverse than slavery. This is because, in the slave system, the Lord should, by right and interest, ensure life and relative well-being for the survival of his property, of his slaves. In this contemporary slavery, these service providers are placed in a situation of total helplessness, with the lack of job security on the part of their employers and the protection of the State regarding the exercise of their rights,” they emphasize.

There would then be no “legal framework to guarantee minimum rights common to all different citizens, but a set of privileges attributed to certain segments of society, whether they are capital holders or workers. This naturalization of legal inequality is an expression of cultural representations of a hierarchical society and, therefore, also a reference and support for its reproduction. The pandemic highlights once again the naturalization of structural inequalities in our society at different levels.”

With this abyss of living conditions separating the mass of informal workers from the middle classes and the elites, the possibilities of living and overcoming this period of crisis by these social groups are also very distant from each other. According to the team of researchers, “the so-called restrictive circulation measures and the need to practice social isolation puts the focus on the assumption that we all have the exercise of a minimum right to housing, which is not true. The housing problem in Brazil means that we are faced with highly precarious urban infrastructure, such as for example, the so-called favelas.”

In contrast, “the upper segments of society, in addition to being able to stay in the comfort of their homes, can move to country and summer homes,” isolating “themselves with their families. Of course, with the entire structure of employees and services at their disposal, showing the total lack of solidarity and compassion with the situation with domestic workers,” they highlight.

In addition, the researchers mention the difficulties imposed on women in this new social conformation, such as the overload of domestic work by mothers who take care of their children alone. As a perverse effect of this confinement, the increase in the number of cases of domestic violence and femicides stands out, “which makes us reflect on the social and emotional conditions that define home, environments linked to the social roles of women and whose becomes the main terrain for the emergence of conflicts.”

There is also another factor highlighted by the researchers that make this crisis situation even more dramatic for informal workers: the lack of confidence in public authorities. In addition to the lack of protection at work, there is a significant limitation in the diffusion of restrictive policies that are comprehensible to society. This would cause the non-compliance with these policies, “either by necessity or by the arrogance of those who are above the law and rules, common to the upper segments of our society. To further complicate the problem, these measures have become the object of political dispute, in a federal government that feeds on crises to strengthen itself in power and hide its eventual deviations.”

According to economics professor Ruy Santacruz, in face of this scenario, the government could urgently adopt measures such as “increasing the number of families served by Bolsa Família, doubling its value, creating a mechanism for extra income for self-employed workers, suspend the payment of water, electricity, gas, and rent for low-income workers (measures already adopted by the French government), suspend corporate tax collection to prevent them from using mass layoffs, grant subsidized credit for companies’ working capital, among other things,” he points out.

The institute’s researchers point to the need to establish a bridge with professional politicians, who would be able to articulate the social actors indispensable to coordinate collective actions. “We hope that senators, deputies, councilors, mayors, and governors can rise to this challenge of articulating actions with the support of other state bodies, such as the judiciary and the operators of the law. After all, we will need to master the bureaucratic logic operated by lawyers to accelerate processes for the acquisition of goods and legitimize emergency measures. Civil society actions are also important, but they need support and coordination from the State. The state apparatus capillaries could better distribute the resources of these initiatives.”

In a tone of great concern and also of hope, the team concluded by saying that: “the future depends on our decisions, which we will collectively produce now. The existing comparative indicators are not positive. We still need to assess the impacts of restrictive health measures and we don’t know if we are sympathetic enough to avoid a humanitarian tragedy. We must consider that our world is made up of crises. We live in systematic crises, as this was the economic, political, and social option that Western society chose. The prognosis for the future are often projections of past events, but apparently, this is an event — and a virus — with unknown characteristics. In normalized societies, predictability is an essential feature of the functioning of the market and today’s unpredictability deeply shakes its foundations. In Brazil, where the unforeseen is the rule, and the market does not work as in the most advanced Western societies, it would be solidarity (as described in the recent speech by German Chancellor Angela Merkel), which could extend this possible forecast on the horizon. So, who knows, we will accentuate our closeness to the other even more, with the reinforcement of nationalist and territorialist ideologies — guided by the idea that “Brazil comes first” — or, on the contrary, we will produce a sense of the universality of humanity that gives social practices another way of making society, based on the understanding that we are a planetary collectivity. But that, only the future will tell us,” they conclude.