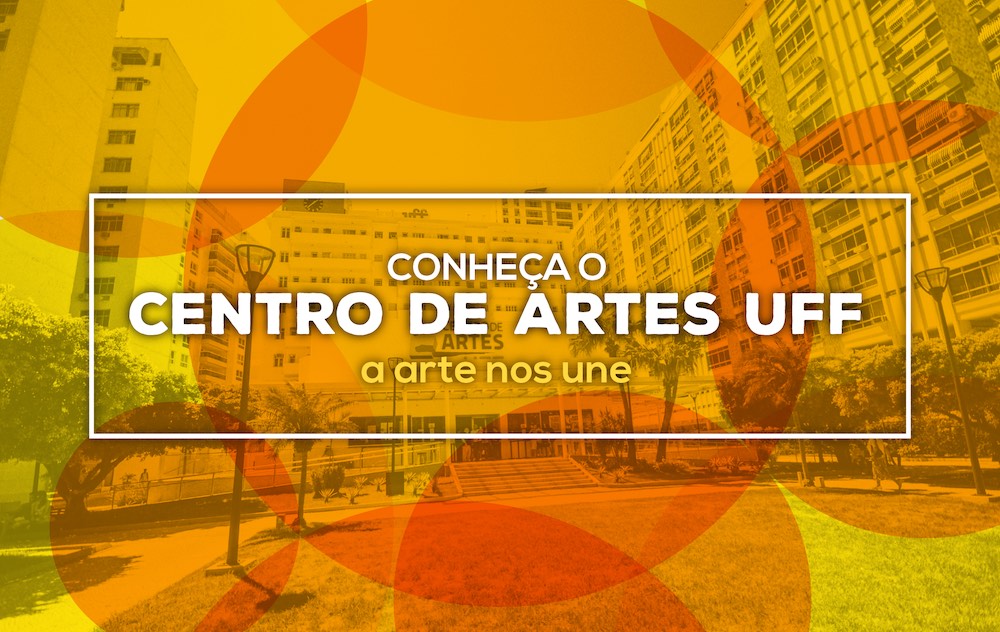 Art and culture could not be left out of the multiple actions coordinated by UFF to go through this quarantine period with society. Therefore, in order to offer quality content and bring the community closer to its production, the Arts Center of Universidade Federal Fluminense launches this Thursday, April 2, the campaign A arte nos une (The Art Unites Us), aimed at the public of your social networks — Facebook, Instagram, and Twitter. Through this initiative, the content that will be broadcasted recalls the memory of some events, and a large part of the collection of his recent productions will be disseminated; some of them are currently available on their official YouTube channel.

According to President Antonio Claudio da Nóbrega, UFF’s actions in the context of the pandemic aim not only to collaborate to fight the virus and protect people, in particular, frontline health professionals but also to comprehend the world as in quarantine, offering means to guarantee mental health and quality of life. “Art and culture are integral elements of human existence and certainly contribute to a better life in this moment of physical distance between people.”

Some highlights of the program, entirely free of charge, are: debates, conferences, masterclasses, shows, and concerts, including the film “A Música do Tempo: do Sonho do Império à Império do Sonho”, the first musical documentary of a Brazilian feature film designed and produced by the staff of a cultural center. The film, which in 2019 was shown in cinemas in six capitals of the country, will be available via streaming for limited-time access.

Also available will be the collection of special projects, such as “Interculturalidades”, “Espiral dos Afetos” and “Teko Porã”, in addition to actions already consecrated by the public, such as UFF Debate Brasil; the series of programs on the web “Educadores debatem Educação”, as well as popular music and concert events.

A arte nos une, the motto of the campaign created in a context of restrictions and social isolation of the Brazilian population due to the pandemic of the novel coronavirus, reflects the university’s desire to promote contact with art and culture as a way of exercising creative potential and encourage exchanges between people, united through social networks. The campaign also aims to reaffirm the place of UFF and the Arts Center of effervescent creation, research, and diffusion of Brazilian art and culture.

For almost 38 years, the university has had one of the most outstanding cultural complexes in the country. Located at the university’s headquarters, the UFF Arts Center brings together theater, cinema and galleries focused on photography and visual arts in general. The center also has resident groups that have more than three decades of continuous activities, such as the UFF String Quartet and the UFF Music Group, as well as the UFF National Symphony Orchestra, created in 1961.