Science against misinformation: UFF researcher explains the importance of combating anti-science in times of coronavirus 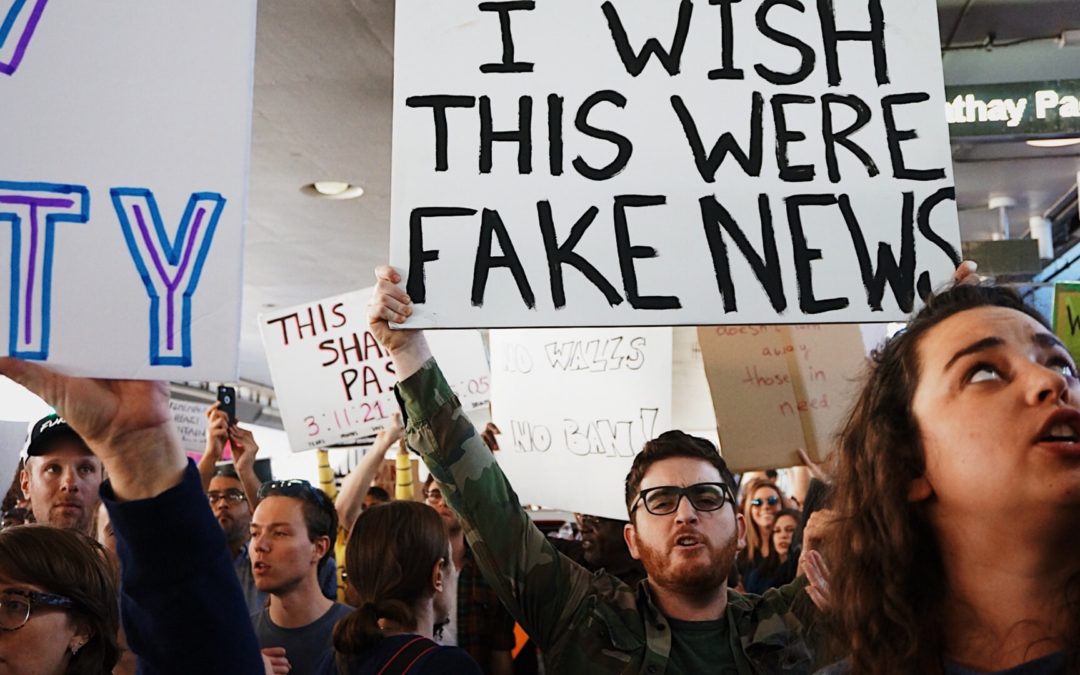 Right now, we are experiencing a race to develop the COVID-19 cure in Brazil and worldwide. In the midst of this critical scenario for society, science has been a key factor in facing it. The validation of knowledge is essential to create effective solutions in the face of new challenges, and with an ethical commitment. These values, typical of scientific thought, are very important to contain the appearance of information that puts the population’s health at risk. In addition to a health pandemic, we are also experiencing an information crisis and anti-science is one of the facets of this dispute.

The anti-scientific movement is not new, but it is possible to observe its worldwide growth in recent years. Specialist in the subject, Professor Thaiane Oliveira, from the Graduate Program in Communication, has been developing studies that seek to understand the functioning of these groups. “If, before, this movement was stigmatized and was on the margins of society, in this context it is at the center of decision making. The presence of these individuals among leaders in several countries has been increasing. They are people who value a policy that is not based on scientific evidence. This is not a homogeneous movement, but a complex relationship of intense disputes over information, in which science has been one of the main targets of attacks,” she explains.

In the race against time to contain the spread of the disease, fake news constantly crosses information based on science. “Due to statements without scientific support, the hydroxychloroquine, for example, is beginning to make victims around the world, while disappearing on the shelves of pharmacies. We are one step closer to an epidemic of intoxications caused by the misinformation passed on by public people who, irresponsibly, have supported a pharmaceutical industry that ignores the premises and ethical values of science itself. Some leaders who deny scientific knowledge and propagate global conspiracy theories are collaborating to advance foolishness and misinformation,” points out Thaiane.

According to the expert, three types of proposals have been recurring to combat the spread of fake news. “The first is control over information. Fact-checking agencies are an example of how this control has been used. However, defining what is true and classifying the facts is complex. The second is an investment in media and information literacy. That is, the population’s ability to access, analyze, criticize and produce information through the media. Finally, the third way to tackle disinformation is to invest in education and open data. It is urgent to develop multidisciplinary research, involving communication, sociology, anthropology, psychology and other areas of knowledge, to create ways to confront disinformation through an education that recognizes the subjects as well as producers of knowledge,” she explains.

Gurus and ignoramuses, although influential, will have their narratives dismantled by the facts, but scientific knowledge endures and will be used to advance discoveries and produce solutions. Search for texts written by scientists and listen to what these researchers have to say.

However, the scientist points out that some problems appear in the process of putting these proposals into practice. “Access to information is a challenge that we face not only because of the high rates of digital exclusion but also because the institutions responsible for producing information themselves commercialize the knowledge they produce. Digital newspapers with closed access to coronavirus news, for example, become an obstacle that needs to be overcome. The same goes for science. The informational pandemic has pointed out that the closed access to knowledge system, which is highly profitable for commercial publishers that run the scientific publishing market, needs to be combated,” she highlights. Research carried out by Thaiane shows that, for a long time, the United States and some European countries — which dominated the scientific publishing market — led the development of research.

“In the geopolitical configuration of a world where there are multiple centers of power, China has become a major reference in scientific and technological development. The race to discover the treatment of COVID-19 has required researchers to publish their experiments as quickly as possible, in open spaces, so that the data collected in their research can be used by other scientists. This has been the attitude of Asian countries in general, the first ones hit by the new coronavirus. International cooperation and open knowledge have been instrumental in advancing research on the pandemic. Therefore, the commercialization of information at that moment — a model adopted by the media and science — is unsustainable, since the only way to face the current scenario is to open and share the knowledge acquired in other countries, before the virus advances even further,” stresses Thaiane.

Despite this, access is not the only problem that the world needs to overcome when it comes to the spread of fake news. Thaiane explains that multidisciplinary research reports, for example, that the replication of misinformation, even with the intention of correcting it, generates an effect similar to that of disinformation. These analyzes have also indicated that the population wants to seek information, understand the issues that affect their lives, and participate in the knowledge production process. However, public figures’ criticism of the media and science has acted as a catalyst for the generalized feeling of distrust that exists in society in relation to the media. “This feeling has been used as a discursive strategy so that the information conveyed in the traditional media is discredited by some people who only believe in their individual beliefs and in those who share the same values ​​as them. It is our role as scientists to understand social demands, cherish open knowledge and restore the population’s trust, integrating it into the knowledge production process,” she says.

The excessive circulation of information is also an issue that we are experiencing at the moment. “The feeling of being on the alert all the time, receiving constantly updated news, whether through social media platforms or the mass media, in addition to the feeling of helplessness and concern for the lives of loved ones at risk, as well as insecurity about financial stability during the quarantine period, are some of the factors that have generated social panic. But that does not mean that we need less information. We need less alarmism, without minimizing the pandemic or taking irresponsible attitudes towards the situation,” reiterates Thaiane.

The researcher emphasizes that it is urgent to invest in studies on fake news and disputes over information, especially scientific. “The pandemic we face today shows the importance of having researchers ahead of the understanding about the circulation of disinformation. It is necessary to understand how citizens consume information, what types of speeches are propagated, what doubts arise, and how to answer them. In this moment of sanitary and informational crisis, investment in research in the areas of health, innovation, information, and education is fundamental, but what we have followed in recent years is a deficit in supporting the production of technologies and innovations. To serve the population with cutting-edge quality in this chaotic scenario, we need research centers, universities and the Sistema Único de Saúde itself to be supported by solid government measures.”

For those who wish to remain well informed about the pandemic, Thaiane recommends that they take the time to research, read and search for reliable sources. The scientist concludes by reaffirming the need to select the information consumed. “Knowing the origin of certain news, seeking to know the career of those who are subscribing to the articles, reading their previous work and their trajectory in the area of scientific dissemination is essential to discern which information is useful and which is doubtful. Gurus and ignoramuses, although influential, will have their narratives dismantled by the facts, but scientific knowledge endures and will be used to advance discoveries and produce solutions. Look for texts written by scientists and listen to what these researchers have to say.”