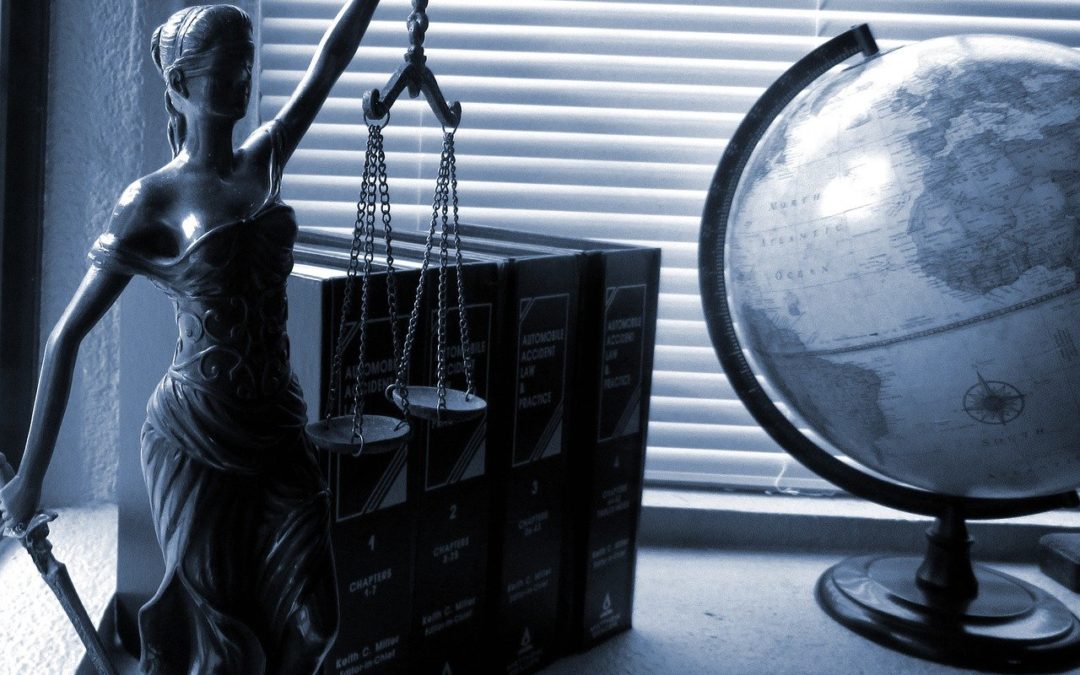 The COVID-19 pandemic has surprised all nations on the planet and is triggering the search for efficient mechanisms to contain the spread of the disease. In addition to the humanitarian crisis, the outbreak also has multiple impacts on the global stage and the consequences remain unpredictable. As a result, professor Cleber Alves and doctoral student Diogo Esteves, both from the Graduate Program in Sociology and Law, together with international researchers linked to the Global Access to Justice Project, coordinated a pioneering work entitled Global Study on the Impacts of COVID-19 on Justice Systems. The objective is to assess the ambivalent impacts of the pandemic on judicial models around the world and the degree of commitment of the rule of law to this scenario.

“As a way of making feasible a quick and uniform data collection, the researchers used the methodology of a semi-structured questionnaire, with the answers being presented by researchers from the legal and socio-legal fields, by professionals from the public and private sectors, directors of legal assistance institutions, high-ranking civil servants and public policymakers from each country analyzed,” reports the doctoral student.

The economic crisis triggered by the social isolation measures has already generated in some countries the prospect of cuts in the budget for legal aid and this will probably last for the foreseeable future.

The survey found, for example, that most countries stopped adopting sectoral actions to contain domestic and family violence during social isolation and remained silent on the implementation of housing alternatives for the benefit of homeless people. Given these data, one of the conclusions that Diogo highlights is that, while the pandemic advances by 31% of the developing nations analyzed in the study, human rights violations are being committed under the pretext of mitigating the threat of COVID-19.

“In 25% of countries, governments have adopted measures to concentrate power in the hands of the Executive Chief or equivalent government authority. The most iconic case is the ‘Authorization Act’ (Act XII of 2020 for the Containment of Coronavirus), approved by the Hungarian Parliament, which authorizes the government of Viktor Orbán to introduce significant restrictions, with virtually no time limit, without prior debate in parliament or guaranteeing a quick and effective constitutional review,” highlights Esteves.

On the other hand, the researcher points out that, within the scope of prison systems, 47% of nations have adopted measures for the temporary release of detainees as a way of trying to reduce the risk generated by COVID-19, since in the vast majority of countries the allocation of prisoners in individual cells it becomes impracticable due to the overcrowding of prisons. “The most used measures were the restrictions on the visitation of incarcerated people, with the right, in certain nations, to be visited by lawyers. To mitigate the effects of the suspension, some countries have used videoconferences, and also increased the right of interns to telephone calls and made more access to television possible.”

Professor Cleber Alves adds that, in relation to judicial services, a worldwide effort is being made towards its reorganization in the face of the pandemic. “There was a majority adoption of remote work and the option for the temporary suspension of hearings, procedural deadlines, and face-to-face assistance, except in cases considered urgent by local laws. The outbreak has also forced the search for technological means as a way to avoid personal contact and facilitate access to justice, ensuring continuity of service to the population. The lack of resources and the adoption of improvised solutions, however, end up compromising the ability to maintain normal levels of access to justice in most of the countries studied,” he points out.

The professor says that the situation of COVID-19 adds new barriers to access to justice. “For some decades, interdisciplinary studies on access to judicial systems have identified obstacles of different kinds that hinder citizens from finding solutions for the management of conflicts that arise on life in society. The current picture of uncertainty deepens these difficulties and undermines the stability of these systems. The economic crisis triggered by the social isolation measures has already generated in some countries the prospect of cuts in the budget for legal aid and this will probably last for the foreseeable future. To overcome these issues, it takes a lot of creativity and proactivity. Given this, data collection can be of great use in understanding possible responses to the obstacles to access to justice in this pandemic moment,” he concludes.