Deconstructing sexism in the academia: UFF professor receives a prize in the area of Mathematics 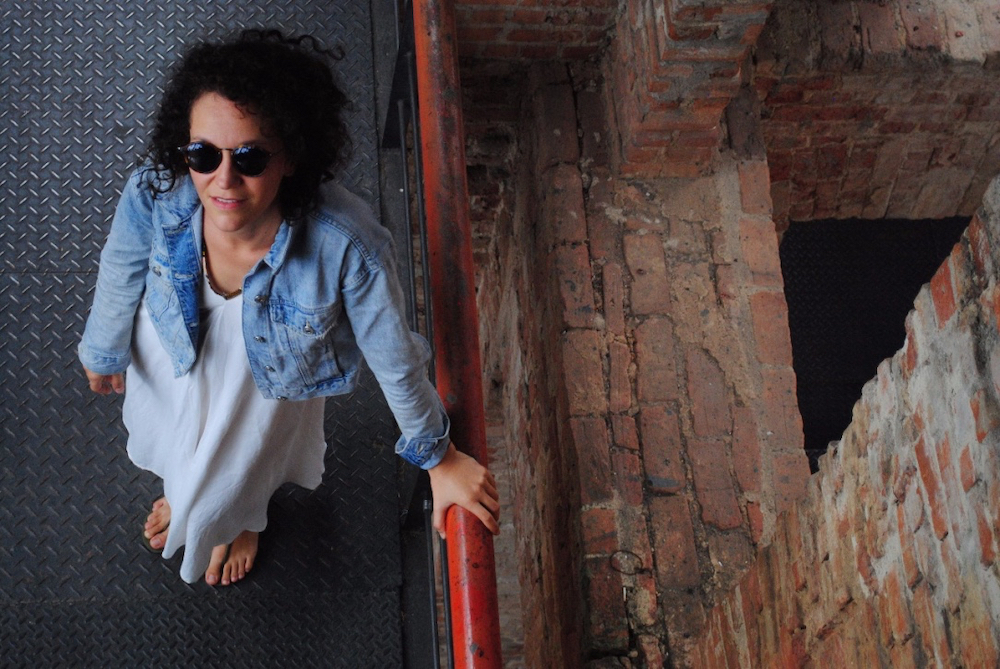 What image comes to your mind when you think of math? A blackboard covered with chalk formulas? Numbers printed on the packaging? A calculator? And when do you think about teaching mathematics? A man with a mustache behind a book, in a classroom? A Hollywood film with famous actors playing calculus geniuses? In any of the imagined scenes does a woman come to mind? In contrast to the stereotypes associated with the universe of mathematics, culturally described as a typically male place, at the Universidade Federal Fluminense, this field of exact sciences today has the face, body, and name of a woman: María Amelia Salazar.

Professor in the Department of Applied Mathematics and a member of the Graduate Program in Mathematics, María was one of seven scientists awarded in the 2020 edition of the program Para Mulheres na Ciência (For Women in Science), promoted by L’Oréal Brazil in partnership with UNESCO Brazil and the Academia Brasileira de Ciências. The objective of the initiative is to increase the visibility of women’s achievements in different fields of science, in addition to supporting them in their studies with a grant of 50 thousand reais. According to the professor, “the award is an incentive and a recognition that I am doing good research, also serving to publicize my work. From a personal point of view, this achievement gives us great encouragement to continue, since acting in the research area, even though it is very satisfactory, is challenging,” she celebrates.

The researcher highlights the singular character of an award like this, aimed to amplify the debate about science as a place also for women and for demystifying the social roles of women. “We grew up in a society in which our value is based on beauty, and visibility is focused on physical appearance. When these principles are followed, the objectification of women and gender-based violence (whether explicit violence or more subtle violence) is reached very quickly. Our insertion in science runs away from this fictitious value of beauty and shows how we can be appreciated in areas that have been historically masculine. Giving women visibility in science shows that we are able to successfully do anything we want, that we are not dependent on men on issues that have traditionally been dominated by them, and that we are building society together. These scientists serve as an inspiration and as an example of our ability and success,” she emphasizes.

The public university had a historically fundamental role in conquering spaces for women, giving them access and, therefore, training competent professionals with greater accessibility to work.

For María, it is important to take this debate into academia, facing the pre-established places as male-dominated and dissolving prejudices that are still very present about female capacities and skills in certain areas of knowledge. “Although we have made progress in the academic world in terms of equity and respect for women, there is still a long way to go to achieve these goals. Even though gender violence has decreased in this universe, unfortunately, we still hear about unacceptable situations of abuse. The still very common sexist practices are more subtle, devalue and discriminate against the female, and many of them are so standardized that we don’t even notice them. It is common for colleagues to make comments in patronizing tones to us; it is common that our ideas and comments are not taken seriously and are even disparaged; it is common for us scientists to be questioned about our merits when in scientific collaborations with men,” she says.

The researcher also highlights the strategic role of the public university in deconstructing the historical places that imprisoned the feminine in images of women ready for consumption, at the service of the needs of the male universe, intellectually inferior or as incarnations of a “fragile sex”. According to her, “the public university had a historically fundamental role in conquering spaces for women, giving them university access and, therefore, training competent professionals with greater accessibility to work. To the extent that women have an equal representation in the academy in the most different positions, this shows that we are equally intellectually capable. In addition, the public university respects basic rights, such as equal pay for both sexes, although this right is not yet practiced in all areas of employment.”

Finally, María points to the public university as a fertile environment for building a dialogue with the so-called “minority groups”, which operate on the margins of the status quo; among them, those who fight for the expansion of women’s rights. As an inclusive space, it does not silence those who are not socially entitled to a voice; on the contrary, it gives their voices back, encouraging them to speak. “This universe is, by nature, the meeting point for several groups with very different characteristics. This makes it the perfect place where not only do you study a course, but the differences are known and understood, where various problems become evident and you talk about them. I have no doubt that it is at the public university that many of us started to become aware of gender inequality thanks to the conversations we participated in on the subject. Becoming aware of this problem is a very important step in combating these inequalities,” she concludes.