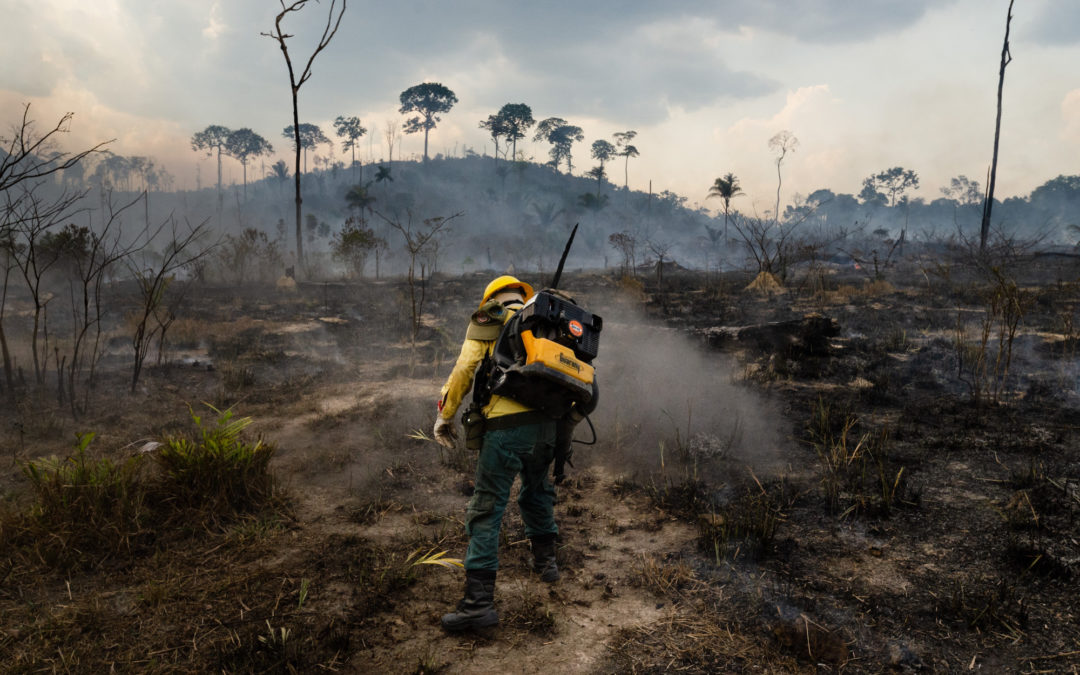 Since mid-2020, the rich biome of the Pantanal has been dying with fires of historic proportions. The monthly number of fire outbreaks is the highest since 1998, when the National Institute for Space Research initiated these records. The institution’s data show that in September this year, 6,048 points of burning were recorded in the region. The previous monthly record was August 2005, when 5,993 fires occurred. In September 2019, 2,887 outbreaks were detected in 30 days; however, this year the same month already shows an increase of 109%.

The professor of the Graduate Program in Geography at UFF and specialist in Ecology, Renato Vallejo, believes that the Pantanal is suffering from this situation far beyond what was observed in previous moments. “The period from May to September has been the most critical for several decades, especially in the months of August and September. Areas of the cerrado and in the limits of the Amazon Rainforest — starting from the state of Mato Grosso to the northeastern states — have been systematically affected by fires. And in the last two years, the problem has been getting even worse.”

According to the professor of the UFF undergraduate course in Natural Sciences and researcher on the subject, Kenny Tanizaki, forest fires occur for several reasons. “Bonfires of hunters and fishermen, controlled burning that goes out of control, criminal firing, land disputes. The vast majority of them have their origin in human activities. There is also spontaneous combustion that occurs, for example, in the cerrado territory, as it is a place with a higher incidence of sunlight.”

Kenny explains that a relevant factor for the growth of spontaneous fires is global warming. “The climate is becoming hotter and drier, more intense and prolonged. Deforestation in the Amazon is another factor that draws attention, as it has reduced the humidity that circulates from the forest region to the midwest, the so-called ‘flying rivers’.” The professor points out, however, that the occurrence of natural fires in the Pantanal is not very common. “In this area, fire is associated with cleaning the land in the phases prior to planting and converting native areas to pasture through fires caused by regional producers.”

According to Renato Vallejo, recent environmental policies have directly affected the inspection of IBAMA and ICMBio and contributed to the triggering of the index of intentional fires in Brazilian biomes. “Due to the decrease in resources for the displacement of teams and the replacement of environmental specialists in strategic positions, inspection actions have been reduced and landowners feel more comfortable to degrade biomes in order to expand agricultural areas. In relation to the Pantanal, another important aspect is related to the successive interventions in the rivers of the region. Due to the licensing of Small Hydroelectric Plants (SHPs), the volume of water is being reduced and the area is becoming less humid and susceptible to burning ”.

For professor Armando Pires, from the Collective Health Institute of UFF, the great suffering that fires cause in the health area is in the destruction of life itself. “Public health considers that there is no human life outside the social and ecological relationship; therefore, any loss of life in an ecosystem impacts the humans that interact with it. Fauna, flora, soil capacity are being destroyed by fire on a scale that can exceed the regeneration capacity of these biomes and it is necessary to emphasize that a quarter of the global number of diseases in the world involves human interference in ecosystems,” he points out.

The doctor explains that the combustion caused by the fire, in addition to the direct impact, worsens the quality of the water, air, and soil. “Soil wear also affects the quality of food produced in the region. The elements present in the smoke can aggravate respiratory and cardiovascular diseases that already exist in populations that live around the fires, or in the places where the clouds migrate. The increase in morbidity in children under the age of five, the elderly, and people with pre-existing respiratory and cardiovascular problems will be noticeable in places where this smoke is present. Pollution will be a notable complicator for the management of public health, especially at the present time, when the health system is already overwhelmed by the demands of COVID-19.”

In addition, in the local scenario, the teacher highlights the importance of noting the impact on workers involved in the resolution of fires. “Brigadiers, firefighters, and volunteers are becoming dehydrated and intoxicated from exposure to fires. The inspectors and public agents who are acting in the fires suffer from inadequate conditions and institutional and legal insecurity. In another field of work, we have those who are in search of injured animals, in an attempt to save the local fauna and undergo a big psychic burden due to the suffering they are identifying and the few concrete conditions they have to deal with.”

To deal with this situation, Professor Kenny Tanizaki points out that there must be an interest in structuring an efficient environmental management system, to reduce the losses of mismanagement and to punish those who do not respect the laws. “In addition, education and clarification of the damage caused by fires to health and the environment should also be implemented to help the population to be more careful with the use of fire. Likewise, government institutions must support good practices with producers, whether small or large. It is necessary to create long-term strategies to encourage practices that are less harmful to the environment, reconciling production with the conservation of ecosystems.”

In this sense, professor Renato Vallejo believes that Brazil already has the necessary legal and administrative tools for this purpose, but suffers from environmental “negationism”. “Budgetary resources for the execution of preventive and inspection actions should be guaranteed; however, they have been practically canceled in recent years. Government agencies responsible for oversight need to be valued and re-equipped to exercise their role, including preservation interventions. As long as the policy implemented is to ‘pass the cattle’, the country will lose even more international credibility in actions related to the environment, in addition to financial resources from important environmental projects, such as the Amazon Fund,” he concludes.