Fun in the waiting room: UFF project encourages reading by young people waiting for care at the University Hospital 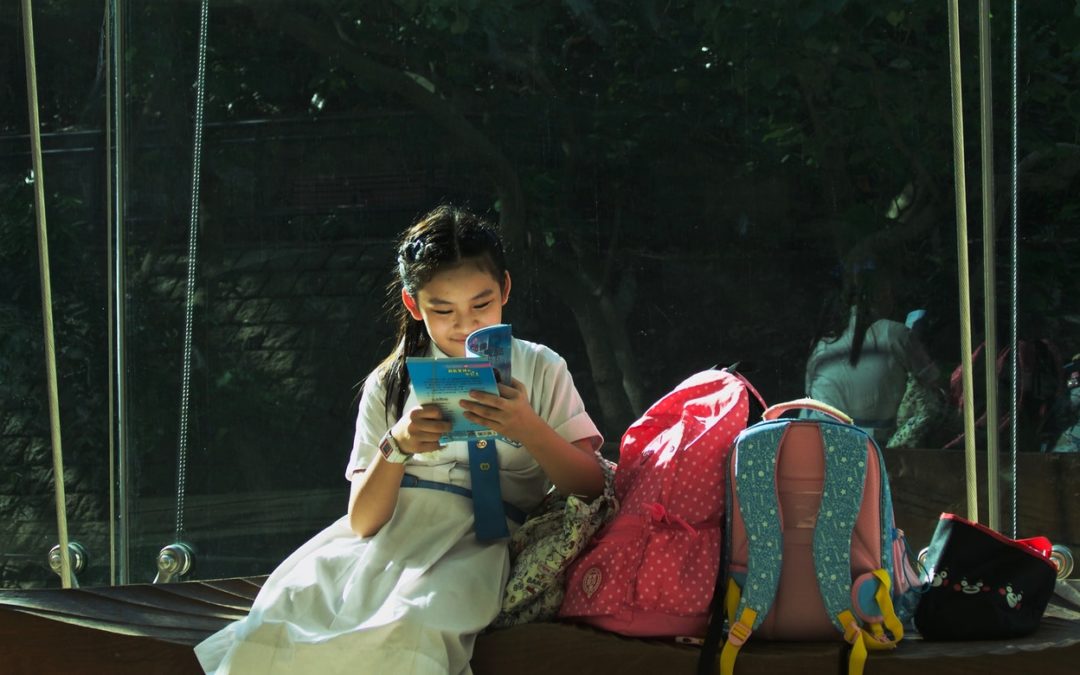 Waiting for medical care, in clinics and hospitals, for many people is an experience of wasted time, but in the Child and Adolescent Psychiatry Service of the outpatient clinic of Hospital Universitário Antonio Pedro (Huap), this is a time of learning. Since 2017, an outreach project to encourage the reading of children’s and youth literary books has been operating in the hospital, through the implementation of a reading point in the outpatient clinic. While waiting to be attended, children and young people are invited to choose books that are of interest to them, with or without the participation of their parents, to read or simply browse.

According to the head of the Department of Psychiatry and Mental Health and also the project coordinator, Valéria Pagnin, “is visible the children’s satisfaction during the waiting time for consultations when they come across many books. They handle, play, draw and listen to stories with curiosity and attention. When encouraged to read, they show interest and a taste for reading.”

According to her, the project starts from the understanding that literary reading is a human right and also a duty to be defended by public health services, and seeks to stimulate not only the will to read but everything that comes from it: reflection, imagination, memory, among other things. “Reading is a way of seeing and interpreting the world, and this [act of] reading needs to go beyond the limits of physical and auditory vision to also occupy the perspective of fantasy”, emphasizes the coordinator. 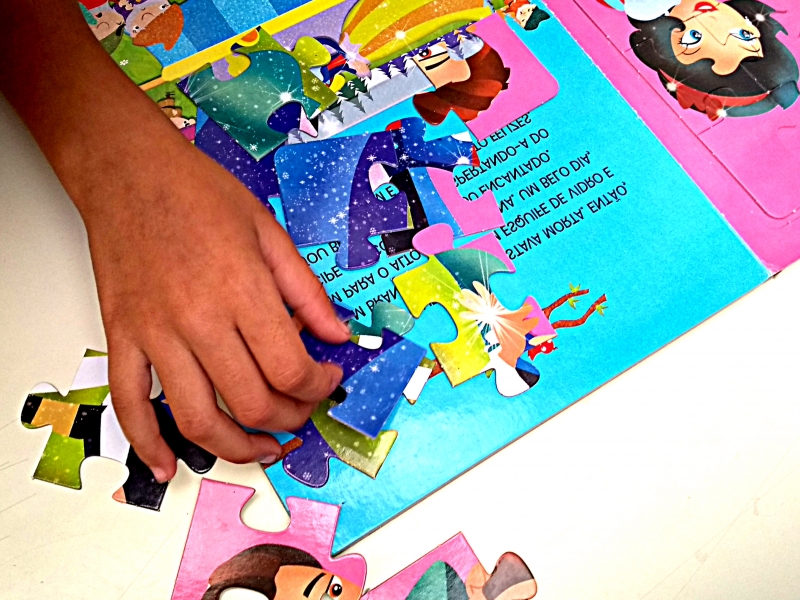 The reality of the life of most young people who attend the reading point, however, does not favor free access to books. According to the teacher, “in the municipality of Niterói, for example, less than 10% of schools in the city’s network have libraries, although Law 12.244/2010 obliges all schools to have one.” This is yet another reason why, according to the professor, “scientific knowledge is at the service of social demands.”

In addition to all these benefits provided by the project, which shortens the distances between the book and some young visitors to Huap, bringing stories, memories, and playful experiences to them, Valéria highlights yet another: “We are still in the formal and systematic evaluation phase of the program, but we can already see the impact of actions to encourage reading, such as, for example, the fact that some doctors from Huap reported that children have been less agitated for consultations.”

This entire process of interaction with the book is further enhanced when volunteer teachers or even parents accompanying young people enter the scene, through storytelling: “oral reading and presentation of the book, with all the details of its edition, as the text, the illustrations and how it is produced until reaching the reader, arouse the great interest of children and young people. The tone with which the stories are read touches their emotions and awaken the imagination,” emphasizes Valéria.

Elementary school teachers linked to the Niterói’s Education Network (as is public schools), as well as those who work in the private education network, are periodically invited to participate in the project, as readers and storytellers, but other people who feel touched by the initiative are also very welcome, including doctors and hospital staff. 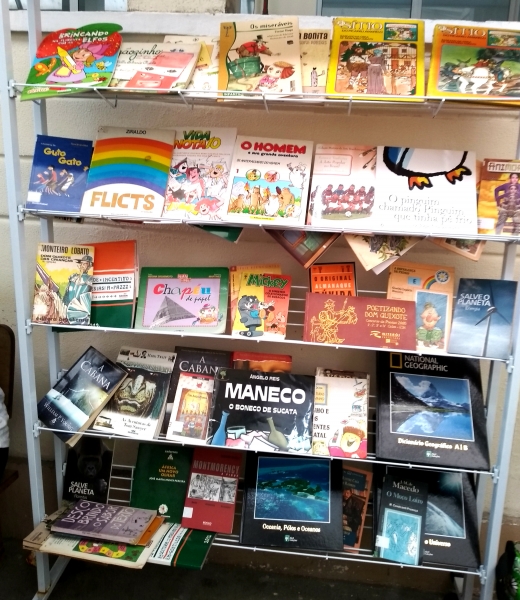 Another branch of the program is the “Free Book at the hospital”, intended for users and public workers who attend the Huap reception, extending to some sectors of the outpatient clinics. Some books are displayed on waiting tables and chairs so that they can be opened, clad, and read by those waiting for assistance. In addition, according to the professor, medical students have also shown interest in participating: “We are in contact to enable the participation of some from the next semester as an extra-curricular activity.”

According to the pedagogue and technician in educational matters Lílian Silva, also a participant in the project, it is possible to get involved in other ways with the initiative; for example, through book donations. “We have the support of the Huap Collaborators Association, which, through its president Rita de Cássia Barros, has donated tables, chairs, books, and toys, which are very well used. In addition, many books come from the public libraries of Niterói, which are willing to pass on duplicated books. We also count on the contribution of teachers, students, employees, unions, parents, patients, doctors, nurses, as well as people who are aware of the project.”

For those who want to make donations, Lilian makes the invitation: “the books can be deposited directly on the shelves, delivered to the Department of Psychiatry and Mental Health of the Instituto de Saúde Coletiva and also collected in people’s homes”, she concludes.