For UFF President Antonio Claudio Lucas da Nóbrega, “this is another fruit of the Program for the Development of Applied Projects – PDPA, a partnership we built between UFF, the Government of Niterói, and the Euclides da Cunha Foundation, aiming to develop and implement actions that impact the quality of life of Niterói’s citizens, valuing the high level of our academic staff. The Fab Lab Health, Science & Education of HUAP-UFF is an innovative project, formed by an extremely professional team, which will bring great benefits to the population”.

It is a digital fabrication environment, which seeks to stimulate students to solve problems, consisting of 3D printers, laser cutters, assembly equipment, and computers, through which product prototypes are conceived and executed. In the case of this particular Fab Lab, which will be implemented at the Radiology Service of the Antonio Pedro University Hospital (HUAP), the aim is to develop innovative work in the field of education through collaboration with teachers of basic education in the city.

The printing of organ models is used to plan complex surgeries, evaluate radiotherapy strategies, educate patients about diseases. And, in addition, they are widely used for teaching medical students and students from other health areas

Professor Claudio Tinoco
Coordinator of the Graduate in Cardiovascular Sciences

The team of members and partners of the project, multidisciplinary in nature, is extensive and involves teachers and administrative technicians from the Universidade Federal Fluminense; among them are professors: Alair Sarmet of the Department of Radiology, Aurea Gripa of the School of Medicine, Cristina Delou of the School of Education, Cristina Fontes of the Department of Radiology, Dan Magliano of the Department of Morphology, Evandro Tinoco of the Department of Cardiology, Flávio Seixas of the Computer Institute, Lucas Getirana of Engineering, and physicist Fernando Fernandes, manager of the imaging area of HUAP. Undergraduates and graduate students are also actively collaborating, as well as professors from other universities, high school students, and students from elementary schools in Niterói.

According to the coordinator of Graduate Studies in Cardiovascular Sciences at UFF, who is leading this initiative, Professor Claudio Tinoco, one of the main objectives is to “stimulate thinking, develop an interest in science, and integrate students in the so-called 4.0 education, a term that refers to the fourth industrial revolution, the internet revolution, digitalization, data collection, and analysis. Preparing today’s youth for this reality is a mission for the university. The Fab Lab Health, Science & Education of HUAP-UFF will bridge the gap between academia and this innovative education,” he explains.

Cristina Maria Carvalho Delou, a retired professor from the School of Education, also a member of the project, highlights that: “access to higher levels of education via the university’s extension project opens doors and opportunities for students who are unfamiliar with academia, considering the fact that municipal elementary school students come from low-income families, users of low-cost communication technologies that do not offer adequate conditions to support quality remote learning. Education 4.0 is characterized by access to information via the web.

The Fab Lab’s first ongoing project involves the integration of students from Niterói’s schools in the production of heart prototypes, understanding the anatomy and physiology of the organ, as well as computing, physics, chemistry, and mathematics content, necessary for the choice of characteristics of the materials used in this manufacturing. According to Claudio Tinoco, images from exams, such as echocardiography, computed tomography, magnetic resonance imaging, and nuclear medicine are used to produce three-dimensional models for 3D printing.

Professor Claudio Tinoco
Coordinator of the Graduate in Cardiovascular Sciences

The coordinator also informs that “the printing of organ models is used to plan complex surgeries, evaluate radiotherapy strategies, educate patients about diseases. In addition, they are widely used for teaching medical and other health students,” he emphasizes. And it does not stop there: the project covers the search for other types of solutions in the health field; for example, in planning surgeries, fighting COVID-19, improving the quality of life, and developing national products in the area.

For Flávio Luiz Seixas, who works in the project coordinating actions involving the use and production of computational tools for the Fab Lab space, the fact that it is installed inside HUAP represents an innovation for health. “The idea is to model and print three-dimensional models that can simulate the characteristics and behavior of organisms in the human body, such as the heart and circulatory system. Another initiative is to study and demonstrate the effects of diseases on certain parts of the body by converting anatomical structures obtained from nuclear medicine scans to three-dimensional physical models. We also hope to prepare accessible didactic content for students of various educational levels, support education, and awaken scientific curiosity and interest.

Despite the reduction of investments in public universities, highlights the coordinator, “more than 95% of Brazil’s scientific production in international databases is due to the research capacity of its public universities. Brazil ranks 13th in scientific production in the world and this is related to the crucial role played by public universities. The university has to focus on offering products to society, and stimulating innovation and entrepreneurship. This contributes to the country’s faster achievement of technological self-sufficiency. In this sense, the Fab Lab is the starting stone for stimulating this culture of technological innovation.”

Enthusiast of the project and a faithful squire of science, Claudio Tinoco ends by emphasizing that it is fundamental for the country to get out of the difficult position in which it finds itself. “It is through science that we have food to feed the population; we have the computer that we wrote this text; we have the vaccine that is saving lives and allowing us to dream about the end of this pandemic. Science has never been so essential and, at the same time, it has suffered a series of attacks. This is its central objective: to contribute to the common good of society. At UFF, we have this as a major motto and, for this reason, we believe that initiatives like the Fab Lab, which brings the university and society closer together, have everything to be successful. 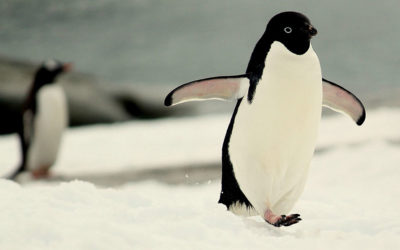 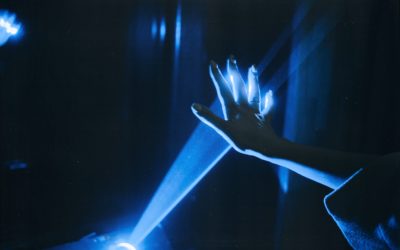